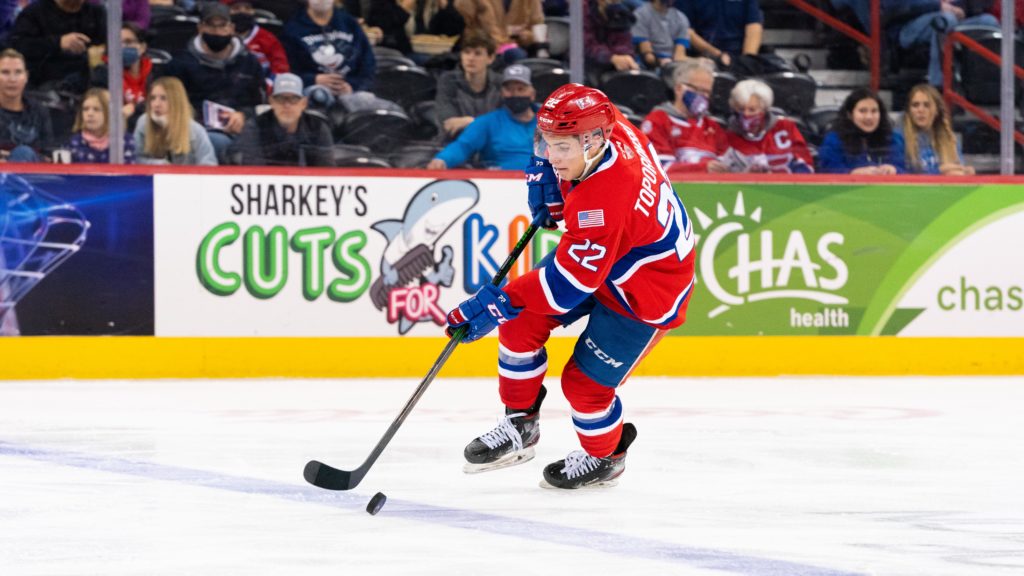 Spokane, Wash. — Spokane Chiefs forward Luke Toporowski has been suspended three games (two remaining) by the Western Hockey League. He will be eligible to return to the lineup Saturday, November 27 versus the Vancouver Giants.

The suspension results from a checking to the head major penalty and game misconduct earned during the Chiefs’ game versus the Seattle Thunderbirds on Friday, November 19.

The Chiefs’ next home game is Wednesday, November 24 versus Kelowna. It’s a TicketsWest Player Magnet Giveaway Night as the first 1,000 fans through the gates will receive a refrigerator magnet featuring a Chiefs player. Tickets for November 24 and all regular season games are available online at spokanechiefs.com/tickets.