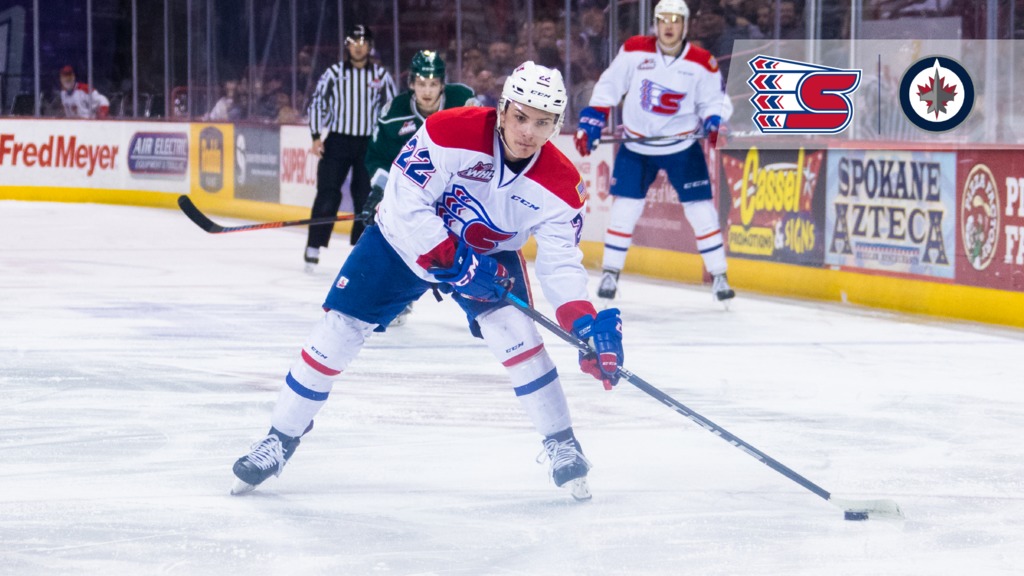 Spokane Chiefs forward Luke Toporowski will compete with the Winnipeg Jets at the 2019 Rookie Showcase in Belleville, Ont. from Sept. 6-9, as announced by the Jets on Thursday.

Toporowski, who attended the Jets’ development camp following the 2019 NHL Entry Draft, is one of 13 forwards competing for Winnipeg in the tournament. He set career highs last season, posting 21 goals and 28 assists for 49 points in 67 games played. He tacked on 10 points (6G-4A) during the Chiefs’ 2019 postseason run.

The #NHLJets have announced the roster that will participate in the Rookie Showcase in Belleville, Ont. from from Sept. 6 – 9. pic.twitter.com/jwJI2jFeMm

The Jets will face off against the Montreal Canadiens and Ottawa Senators during the four-day event.