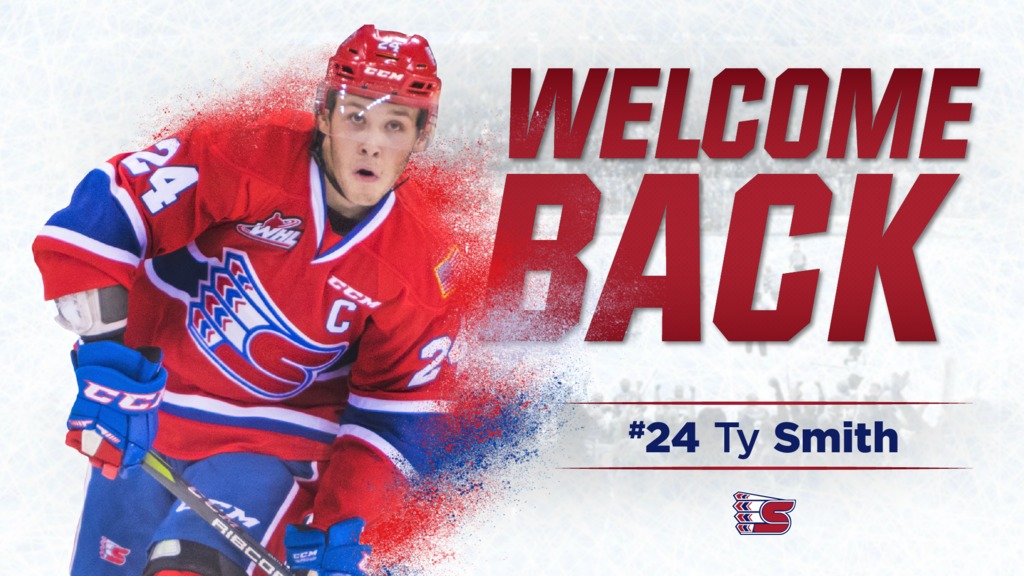 Defenseman Ty Smith has been reassigned by the New Jersey Devils of the National Hockey League to Spokane and is expected to join the Chiefs for their three games this weekend. Smith, the Devils’ first-round pick in the 2018 NHL Entry Draft, had been in New Jersey’s training camp this fall and appeared in five pre-season games.

The veteran was named the Canadian Hockey League’s Defenseman of the Year last season after recording 69 points, including 62 assists, in 57 games. In 194 games with Spokane, Smith has scored 26 goals, 150 assists (14th in franchise history) and 176 points. He led the Chiefs in assists the past two seasons.

Spokane will play three games in as many nights this weekend starting on Friday night when they host the Seattle Thunderbirds. The Chiefs will travel to Tri-City on Saturday before returning home on Sunday when Everett visits the Arena.

Smith will return as captain after serving as co-captain with forward Jaret Anderson-Dolan last season.

The Chiefs return to their home ice on Friday, October 4 for Numerica Magnet Schedule Giveaway against the Seattle Thunderbirds. The first 3,000 fans in attendance will receive a Spokane Chiefs Magnet Schedule courtesy of Numerica Credit Union!