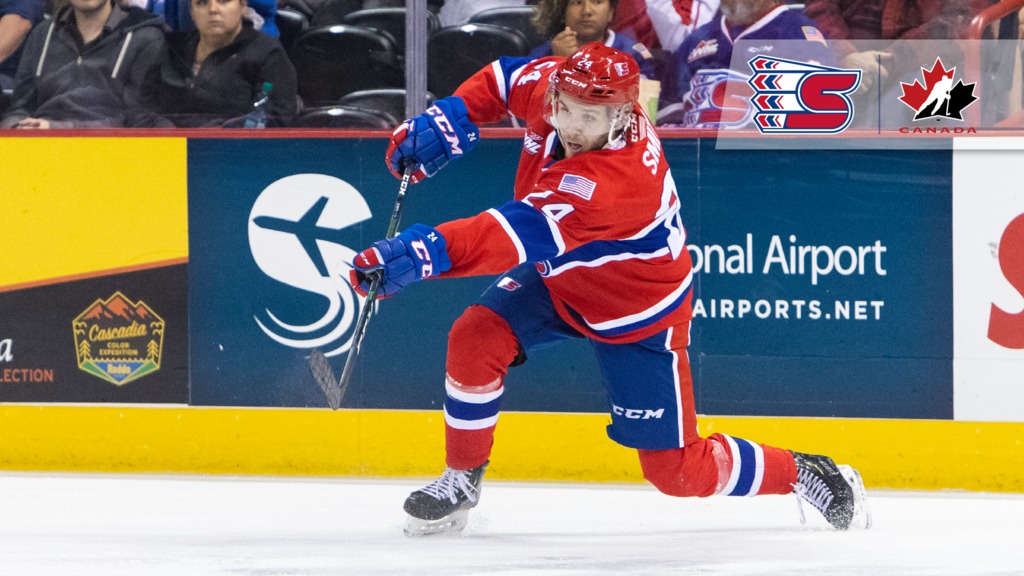 Canada’s National Junior Team Sport Chek Selection Camp will be held at the Sixteen Mile Sports Complex, home of the Oakville Blades of the Ontario Junior Hockey League, and will feature a pair of games against a team of U SPORTS all-stars on Dec. 11 and 12.

For more information on Hockey Canada, Canada’s National Junior Team and the 2020 IIHF World Junior Championship, please visit HockeyCanada.ca, or follow along through social media on Facebook, Twitter and with #WorldJuniors.

Smith and the Chiefs host the Seattle Thunderbirds on Tuesday, Dec. 3 and Tri-City Americans on Saturday, Dec. 7 at Spokane Arena. Saturday is the annual Teddy Bear Toss presented by The Spokesman-Review Christmas Bureau. Fans are encouraged to bring a stuffed animal to throw onto the ice after the Chiefs score their first goal. All donated toys are delivered to The Spokesman-Review Christmas Bureau to be distributed to families in need in the Spokane community.