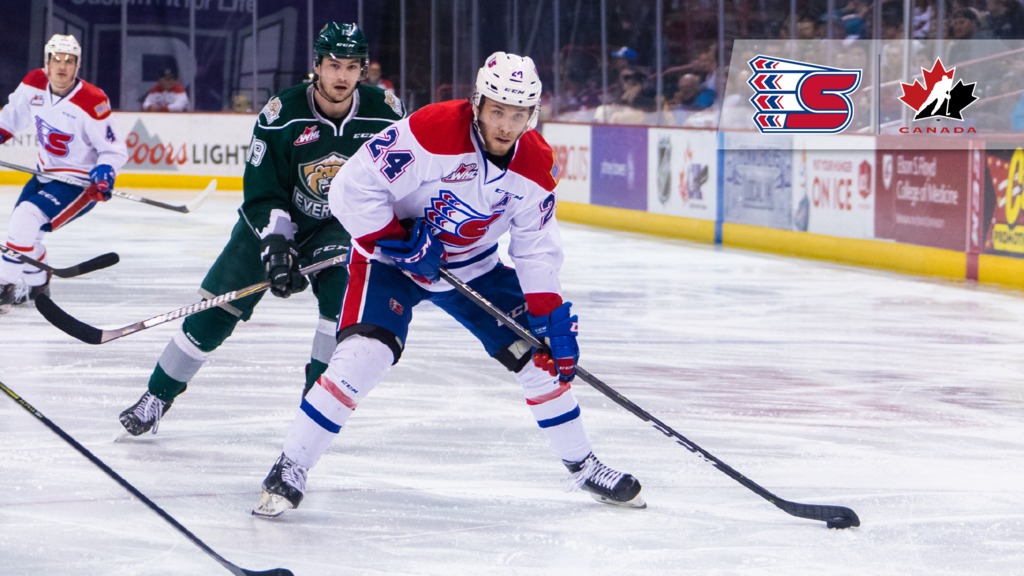 Hockey Canada revealed on Wednesday the 43-man roster they’ll carry to Canada’s U-20 development camp on July 27-August 4 in Plymouth, Michigan, in preparation for the 2019 IIHF World Junior Championship. Included is Spokane Chiefs defenseman and reigning CHL Defenseman of the Year Ty Smith, who was a consistent contributor for Team Canada’s 2019 squad.

Smith, selected by the New Jersey Devils with the 17th overall pick of the 2018 NHL Entry Draft, has the chance to crack Canada’s roster for the second consecutive season, sharing the distinction of appearing in consecutive World Junior Championships with fellow Chiefs blueliner Filip Kral.

Smith is coming off a season in which he finished fourth among WHL defensemen with 69 points (7G-62A) and second in points per-game at 1.21. His 62 assists were just one shy of Brenden Kichton for the franchise single-season record for assists by a defenseman.

Smith is one of 12 WHL players invited by Hockey Canada to the camp.