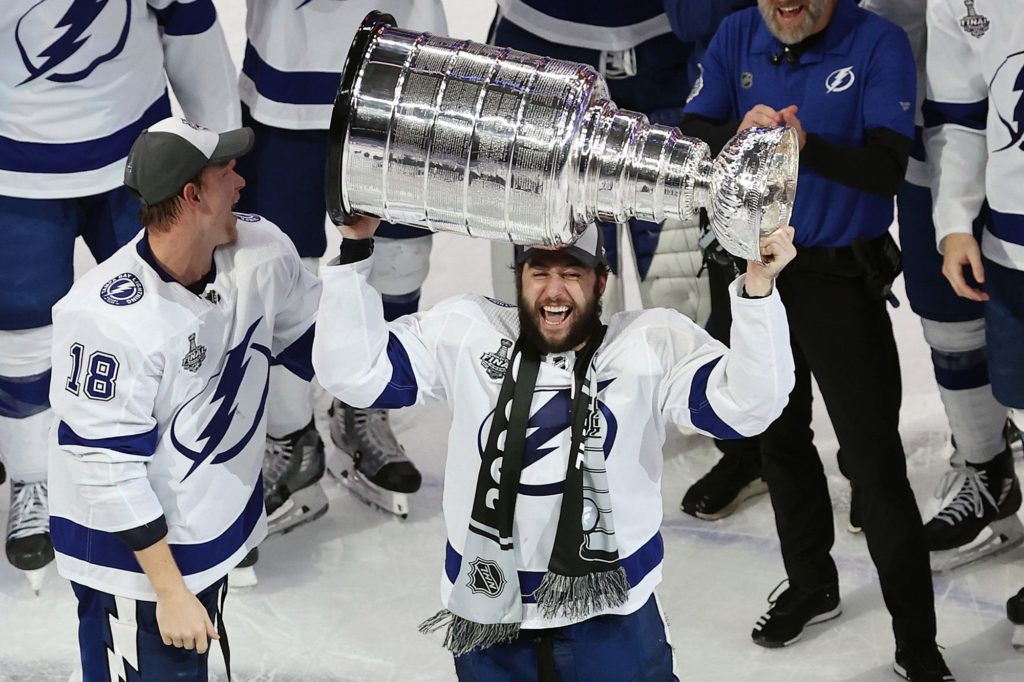 Spokane, Wash. — Former Spokane Chief and two-time NHL Champion Tyler Johnson will bring the storied Stanley Cup trophy to Spokane Veterans Memorial Arena on Thursday, July 29 from 3-4:30 p.m. Fans will have an opportunity to take a photo with the Cup at no cost on a first come, first served basis as time permits.

Johnson, a Central Valley High School grad who turns 31 on Thursday, starred for the Chiefs from 2007-11 before beginning his outstanding professional career, is scheduled to be introduced outside the Arena’s main entrance at 3 p.m.

“Everyone here is obviously so proud of Tyler and the ambassador he has become for the Spokane Chiefs and the city of Spokane as a whole,” said Spokane Chiefs managing partner Bobby Brett. “For him to offer the Cup for this kind of event, especially when he gets it to himself for just 16 hours, is really special. Thank you to Tyler and the Johnson family. Once a Chief, always a Chief!”

The Cup will be available for fan photos until 4:30 p.m. The Chiefs will have a photographer from Leo’s Photography on-site to expedite the line as much as possible, but photos are not guaranteed to all in attendance due to time limitations. Use of personal cameras or mobile devices for photos will not be permitted. Per the National Hockey League and Hockey Hall of Fame, fans who have not received a full COVID-19 vaccination are asked to wear face coverings and practice social distancing during the event.

Born and raised in Spokane, Johnson had a prolific junior career with the Chiefs, piling up 128 goals and 282 points in 266 games. He helped the team win a WHL Championship and Memorial Cup (CHL) in 2008, earning MVP honors during the Ed Chynoweth Cup Final (WHL). He won the WHL’s Brad Hornung Trophy as Most Sportsmanlike Player for the 2010-11 season as he capped his Chiefs tenure with a 115-point campaign, including a league-best 53 goals, helping the club return to the Western Conference Final. During his junior career he also represented the United States, winning a gold medal at the 2010 IIHF World Junior Championship.

Johnson first became an NHL regular in 2013 and he has turned in 361 points including 161 goals in 589 career regular season games over eight full seasons. The speedy forward was named to the NHL’s All-Rookie Team in 2013, competed for the United States at the 2014 IIHF World Championship, and was nominated as an NHL All-Star in 2015. He has also been a consistent playoff performer for the Bolts, scoring 32 goals and 33 assists for 65 points in 116 games, leading the NHL in postseason points during his first run to the Stanley Cup Final in 2015. He chipped in seven points in each of Tampa Bay’s last two runs as the franchise won back-to-back Stanley Cup Championships.