Play of the Year Promotions 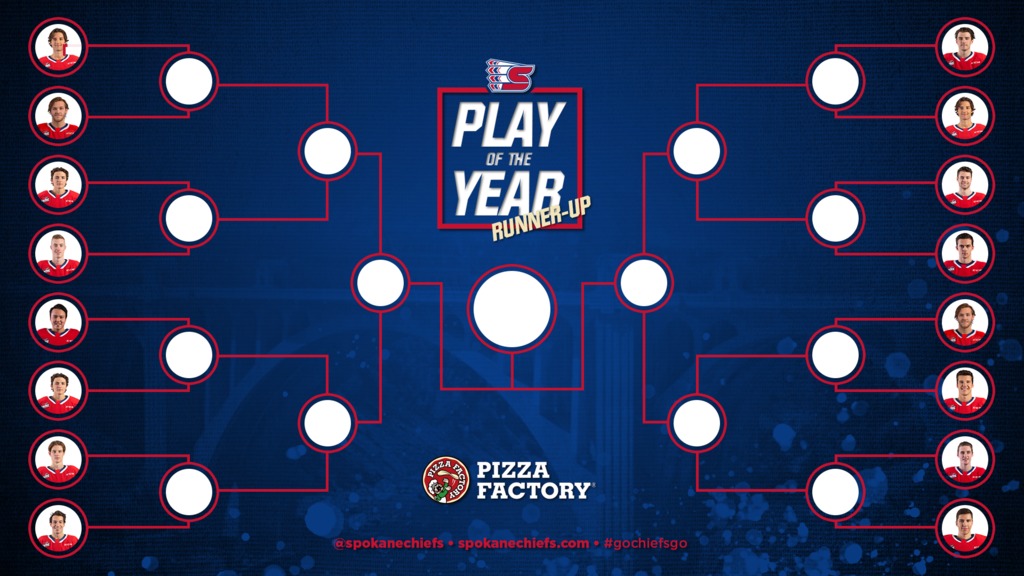 Starting on Wednesday, May 6, the Chiefs will once again be going to the fans to decide the best play of the year! Fans can hit the polls on the Chiefs’ social media accounts (Facebook, Twitter & Instagram; @spokanechiefs) as we narrow the field from 16 to just one.

This year’s bracket is a battle for runner-up as we are preemptively crowning goaltender Lukas Parik‘s goal versus Kamloops on March 10 as the official 2019-20 Play of the Year presented by Pizza Factory. Parik’s remarkable score was the first goalie goal in Chiefs’ franchise history and marked the first time a goalie has scored and recorded a shutout in the same game in WHL history.

Well, you don’t see that every day.@Parik302 makes history with the 1st goalie goal in franchise history!#GoChiefsGopic.twitter.com/KOOfPO3AQ8

Parik’s magical moment earns the title and is the second official Play of the Year in Chiefs’ franchise history. Defenseman Matt Leduc’s earthshaking hit against the Everett Silvertips in the second round of the 2019 WHL Playoffs earned the title after weeks of fan voting last Spring.

Be sure to check out the Chiefs on social media to vote for the 2019-20 Play of the Year (Runner-Up) presented by Pizza Factory!