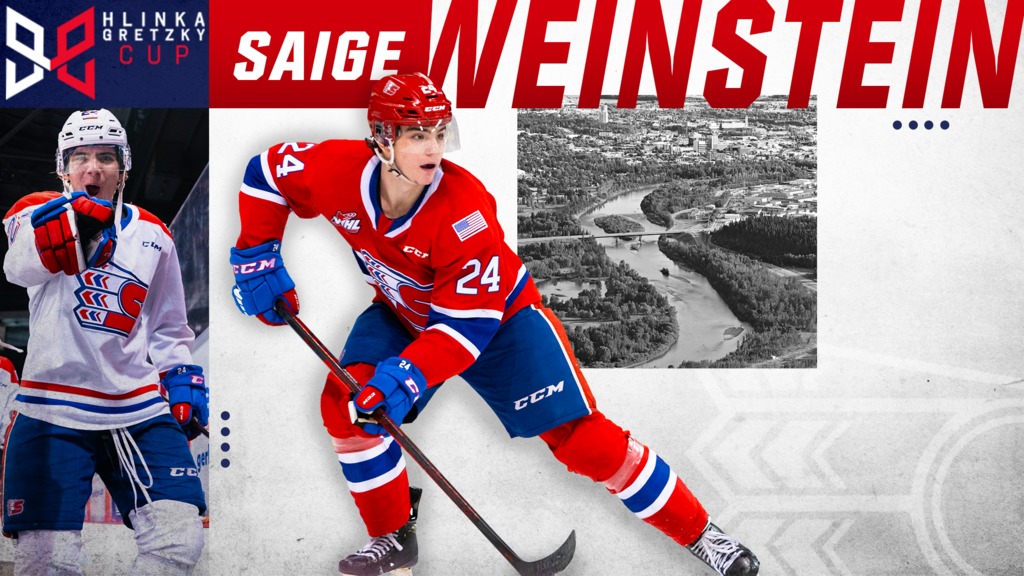 Red Deer, Alta. — Spokane Chiefs defenseman Saige Weinstein has been named to Canada’s 2022 Hlinka Gretzky Cup U18 team following this weekend’s selection camp. Weinstein is one of seven defensemen and 23 players named to the team.

The annual invitation-only tournament will take place in Red Deer, Alberta from July 31 to August 6 and will feature the best of the 2023 NHL Draft class. Canada’s National Men’s Summer U18 Team will join Slovakia, Sweden and Switzerland in Group A, while Czechia, Finland, Germany and the United States will form Group B.

The top two teams from each group will advance to the semifinals on August 5, with the bronze and gold medal games set for August 6 at 11 a.m. PST and 3 p.m. PST, respectively. Fans can watch the entire tournament via TSN and NHL Network. Click here to see the full tournament schedule.