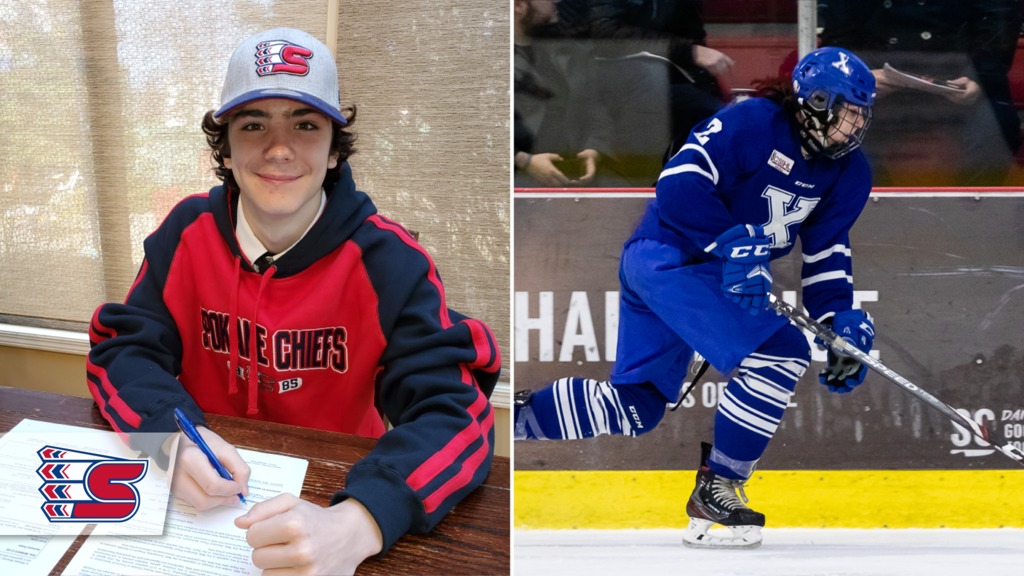 “We’re very happy to have Saige signed and ready to go heading into camp later this year,” said general manager Scott Carter. “We were thrilled to select him in the draft last week and look forward to seeing him on the ice in Chiefs jersey in the future.”

Weinstein, a 2005-born defenseman from Edmonton, spent the 2019-20 season with the Northern Alberta Xtreme (NAX) of the CSSHL, posting four goals and 16 assists for 20 points in 23 games. Standing 5-foot-10 and 160 pounds, the left-handed shot added 32 penalty minutes while the Xtreme went 19-5-3-3, good for fourth in the CSSHL’s Bantam Prep standings.

“(Weinstein) plays a 200-foot, two-way game. He’s a very mobile defender and plays hard in his own zone, with good offensive sense,” noted assistant general manager Jim Hammett after the draft. “We expect him to play in all situations in the future.”

Weinstein will be eligible to play for the Chiefs full-time beginning in the 2021-22 season.