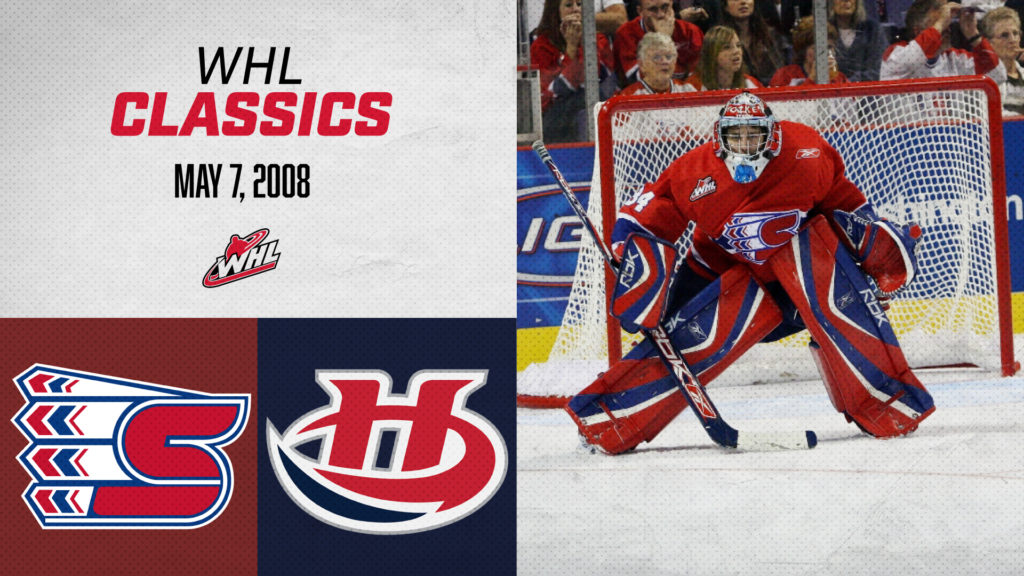 From southern Alberta, catch Game 4 of the 2008 WHL Championship Series between the Spokane Chiefs and Lethbridge Hurricanes tonight on WHL Classics!

Things couldn’t be clearer for the visiting Chiefs, who claimed a 2-1 overtime victory Tuesday from the stick of Tyler Johnson to go up 3-0 in the best-of-seven series. For the rookie, it was his fourth goal of the 2008 WHL Playoffs and second game-winning goal. Now, the Chiefs will have four opportunities to claim the second WHL Championship in their history.

The situation facing the Hurricanes is clear as well. Losing just three games through the first two rounds of the WHL Playoffs and sweeping the Calgary Hitmen in the Eastern Conference Championship, the Hurricanes have trailed just once in a series. That was back in the second round when they were down 1-0 to the Kootenay ICE before winning four-straight games to win the series. Now they face a must-win scenario to continue their season.

Dallas Stars prospect Ondrej Roman has powered the Chiefs offensively with 19 points (8G-11A) through 20 games, leading them in assists and points. Teammate and Carolina Hurricanes prospect Drayson Bowman leads the team in goals with 11 while Lethbridge product Judd Blackwater has also reached double digits with 10 goals himself.

Zach Boychuk, a prospect for the 2008 NHL Draft, has been one of team’s two leading forwards with 21 points (13G-8A), to lead them in goals and points. Tampa Bay Lightning prospect Mitch Fadden has also impressed, posting 20 points (5G-15A) to rank second in team scoring while leading in assists.

Between the pipes, Dustin Tokarski and Juha Metsola will once again face each other. Catch all the action beginning at 7 p.m. MT on WHL Classics!

Spokane Chiefs scoring leaders (As of  May 6)

Lethbridge Hurricanes scoring leaders (As of  May 6)