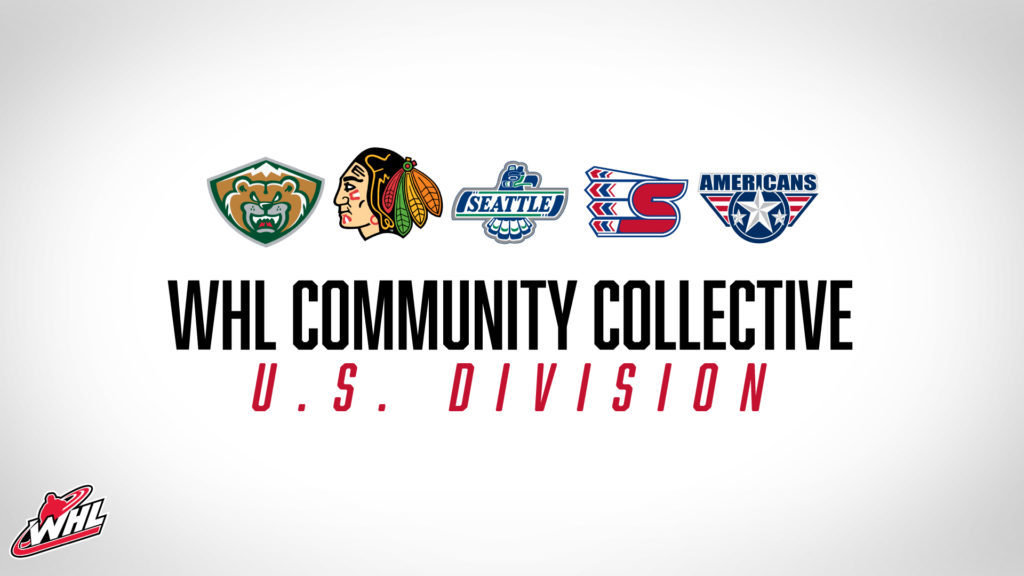 While playing hockey and academic endeavours are priorities for Western Hockey League players, community interaction and involvement are also important prerogatives that often go unrecognized. In the WHL Community Collective feature, we will highlight each team in the WHL, by division, to recognize different initiatives in their respective communities.

In this week’s #WHLCommunity spotlight, we take a look at the U.S. Division:

For over 15 years, the Everett Silvertips have a volunteering tradition of speaking at local elementary schools. On these visits, the Silvertips showcase the value of leadership skills and establishing healthy habits. Everett’s aim is to help show kids the importance of setting goals, respecting different opinions as well as allowing kids to express themselves. The players are always ready to play some ball hockey with students as well.

“Growing up in elementary school, I’d see players come to my school, talk to us and really give us a huge reason to look up to them,” said Bryce Kindopp, captain of the Silvertips. “I know hockey is still growing in the U.S. versus where it is in Canada, but I’ve understood that whenever you can visit school kids throughout the community, they can understand what it takes to see how far you’ve come along in your hockey career. It makes a big difference and I think it’s cool.”

The Portland Winterhawks returned this year with the team’s partnership with Walker Elementary School. Each season players from the Winterhawks make classroom visits that aim to help kids with various subjects such as math, science and reading activities. The program is a year-long partnership, also inviting all the kids involved, to a game on March 8.

Winterhawks assistant captain Jake Gricius has also made a big contribution to assisting athletes with the Specialty Athletic Training Program. Many of the Winterhawks players get involved as it provides a safe and fun environment for individuals with special needs to get active and have fun while they are doing it.

“I think it’s great what they do,” Gricius said. “To give the people that they are training something to look forward to and have fun with while still being active is amazing. You can tell the bond that’s created between them is something special and that’s heart warming to see.”

The program has 350 active clients who have a wide array of diagnoses including: Diabetes, Down Syndrome and Parkinson’s Disease.

“I really enjoy my experience with the specialty athletic training group the energy and laughter throughout the building was infectious and made me and the team leave with a smile, ” said Winterhawks defenceman Matthew Quigley. “It’s such a nice break from hockey and being able to hangout and interact with the members is so much fun. I hope they enjoyed us stopping by I know we are looking forward to our next visit with them.”

Now in its second season, the Seattle Thunderbirds continue their tradition of volunteering at the Northwest Harvest warehouse in Kent, Wash. The team visits the warehouse every couple of months to help pack and deliver packages to food banks. Northwest Harvest is a hunger relief agency that’s mission is aimed at providing healthy food to under privileged families in Washington.

Last season, the Thunderbirds took part in the Fred Meyer Food Drive to benefit Northwest Harvest. The drive took place over three games on Nov. 10, Feb. 15 and March. This season the Thunderbirds have raised nearly 1,000 pounds of food donations, equivalent to over 2,300 meals.

“Whatever we as a team can do to help we want to do that,” said Conner Bruggen-Cate, captain of the Thunderbirds. “It was a good experience for myself and for the team to help Northwest Harvest help members of our community. We have had several food drives this season where our great fans have helped Northwest Harvest and we are very appreciative of their support.”

This year the Chiefs have continued their strong partnership with Numerica Credit Union through hosting the “Skate with the Chiefs,” evening. Each season most of the Chiefs’ roster attends the event that encourages the community to get out and lace up the skates.

“Its a dream come true for my eight-year-old,” said one of the attendants. “He still hasn’t stopped talking about getting to meet his heroes.”

The event happens once a season, however the Chiefs have various other programs such as the Avista Community MVP campaign that recognizes individuals who give back to the community.

“It’s a really fun event and has been especially fun the last two years doing it downtown at the park with the skate ribbon,” said Chiefs captain Ty Smith.”It’s always really cool to see how excited fans are about the Chiefs and how much they enjoy getting out on skates. We don’t get a chance to talk to fans in that kind of close-up one-on-one situation too often, so it’s a good chance to do that, say thank you and get a little closer to the community.”

A big “Thank You!” to @numericacu and all the Chiefs fans who came out and helped make Skate Night with the Chiefs 2020 a success! #GoChiefsGo

“For me it always feels so rewarding being around kids and having the opportunity for them to look up to us as players because when I was young and got the chance to be around junior hockey players they were my idols,” said Tri-City forward Connor Bouchard.

“It’s an honour to be in a position in which we can be a voice in the community and help others,” said Americans right-winger Paycen Bjorklund. “Whether that means taking just a little time to visit the young kids at school or collecting donations for the Salvation Army. It goes a long way and is definitely something that I and the rest of the Tri-City Americans find important.”

Join us for the annual Salvation Army Kettle Drive at Kennewick Fred Meyer December 2nd, 3rd, & 4th all at 10:00 am and December 11th at 5:00pm. All Kennewick location. 🔔