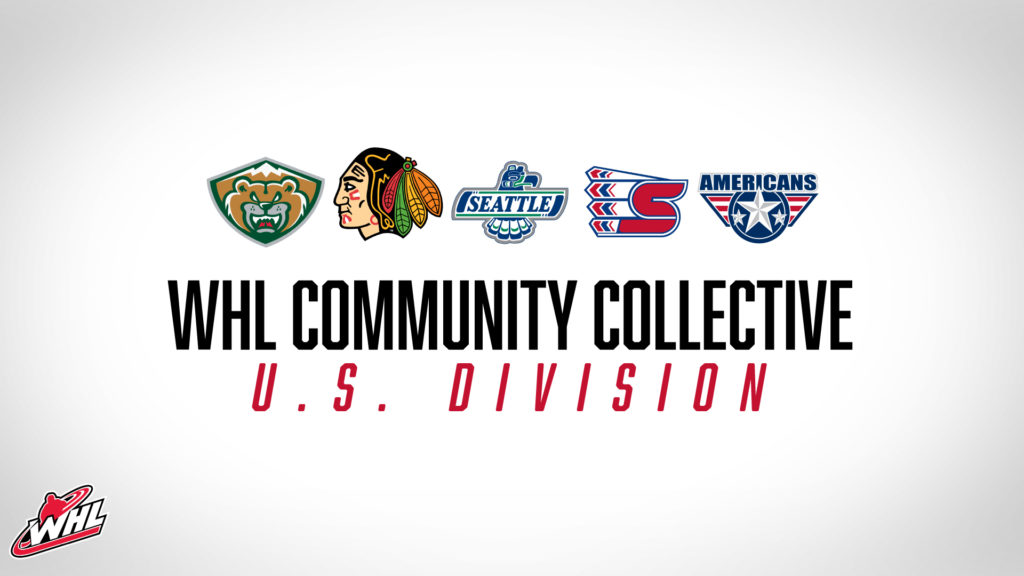 While playing hockey and academic endeavors are priorities for Western Hockey League players, community interaction and involvement are also important prerogatives that often go unrecognized. In the WHL Community Collective feature, we will highlight each team in the WHL, by division, to recognize different initiatives in their respective communities.

In this week’s #WHLCommunity spotlight, the U.S. Division is featured:

Each season, the Silvertips visit 15-20 schools on a regular basis to present at assemblies with goals of discussing all-inclusive topics such as the importance of regular attendance, reading, respect and hard work. With these subjects in mind, the Silvertips want to set kids up with building blocks for success in school, sports and life.

“It’s special,” said Silvertips captain and Minnesota Wild prospect Connor Dewar, “It’s pretty touching to know that people look up to you like that. Growing up in The Pas as a kid we had a Junior A [hockey] team that came out to do assemblies at our schools and signed autographs and stuff like that. Those are memories you have forever.”

Extending their reach into the community with events such as these means the Silvertips get to engage with fans in-person and show them what hockey is all about.

“It’s nice to grow the game of hockey in the Pacific Northwest because it hasn’t always really been around and it’s relatively new and there are a lot of people who haven’t been to games or checked out the sport, so it’s cool. If we affect one person and they come to a game, maybe they become a fan for life.”

Hockey x School. It’s a great day to be a Silvertip.

Supported by the Portland Winterhawks Booster Club, the Portland Sunshine Division Police Bureau and local Fred Meyer stores, the Winterhawks fundraise year-round to provide a Christmas experience that 25 boys and girls won’t soon forget! Each year around Christmas time, children ranging from eight to 10 years old that most likely won’t receive Christmas gifts, are selected to participate in the “Shop with a Hawk’” event where they receive a $100 Fred Meyer gift card. A Winterhawk player is then paired with a child to spend an evening shopping for toys, clothes and games at a local Fred Meyer’s store.

“I think it’s very important,” said Winterhawks captain and Vegas Golden Knights prospect, Cody Glass, “I remember being excited every Christmas wanting to know what gifts I got, so to give back to kids who are less fortunate, it’s the least we could do to try and make their holidays that much better.”

Not only does Glass enjoy the event, but the whole team finds it a great way to get involved with their community, give back and capture what the holidays are all about.

Last night we partnered with @sunshinedivision @fox12oregon and our Booster Club with kids from Chief Joseph Elementary School and did a little Christmas shopping! ‬ ‪We had a BLAST and from the looks of it, so did the kids! Thanks to everyone involved last night! ‬

A big goal for the Seattle Thunderbirds is to connect with their community and ‘Grow the Game’ and love for the sport. With a new National Hockey League team coming to Seattle in 2020, it’s the perfect time for fans to become more involved with hockey and the Thunderbirds want to show people why it’s the greatest game.

“I think we’ll have a big impact [in the hockey community],” said Thunderbirds captain, Nolan Volcan, “with hockey growing in the area, it’s pretty cool that we get to go and hang out with little kids. It’s awesome to see the growth hockey has had in the past two years.”

Recently, the Thunderbirds visited the Sno-King Jr. Thunderbirds association to practice with the U10 and U12 divisions.

“We’re out in the community, supporting local hockey and getting to know the kids that support us [at our games],” said Seattle rookie, Tyrel Bauer.

While being on the ice created memories for the younger players, it also brought back memories for a few Thunderbirds as well, “I know when I was growing up, I had experiences getting to meet WHL players and I just remember how nice they were and how fun it was to meet them. I hope the kids we met have the same reaction that I did growing up,” said Volcan.

“These kids just love to play the game and when I was that age, that’s all I wanted to do was play the game so it’s good to see they’re having fun,” said Bauer.

For 13 years, the Spokane Chiefs have partnered with Avista Utilities to run the Avista Heroes Program. Twice a season, Chiefs players go into local elementary schools to host an assembly for students that focuses on strategies for goal-setting, with particular attention on the process of setting new goals, both short-term and long-term. Players discuss goals related to their hockey careers and education, which provides a few topics many kids can relate to in life: time management, sports and being your best. Students are also encouraged to share their goals with the players and audience. Boomer the Bear, the Chiefs’ mascot, also makes an appearance at the event to engage the kids in the program.

After attending one of the Avista Heroes Program assemblies on Monday, February 4, Riley Woods, alternate captain for the Chiefs said, “Spokane has become a second home for us, so the chance to give back and get involved in the community is great. The messages for the kids are really positive and it was fun to see the smiling faces and say hello.”

📸 Had a great time at Logan Elementary today, chatting with kids about setting and achieving goals as part of the @avistautilities Heroes Program! #Spokane #GoChiefsGo #avistaheroesprogram

Trading in their pucks and sticks in for hammers and nails, the Tri-City Americans volunteer yearly with the Tri-Cities Habitat for Humanity program. Each season, the Americans join the local Habitat for Humanity crew for a morning to assist in the drywall and framing of a house for a family in need. Luckily, some of the players have previous experience with this type of work. Many of the Americans work in construction during summer jobs and found it easy to get back into working on this type of project.

“We helped with the little things like drywall and framing – not much in the grand scheme, but it’s fun to get out in the community and work on projects like this,” said Nolan Yaremko, alternate captain of the Americans. “The community supports us so much during the season so it’s great to give back to them. There’s so much respect between our organization and our community because we are in a smaller, more tight-knit area. My favourite part about working on projects is really getting to know the people because we see them around the district all the time.”

Not only do the Americans like to contribute to projects such as this, but they also participate in team skates with local hockey clubs.

“It’s important for us to be good role models in the community for the kids that look up to us. Going out to skate with them, gives them goals to aspire to and show them what hockey is all about,” said Yaremko.

Had a fantastic morning helping out at a local @habitatforhumanity home. We may now be drywall specialists! 😉🔨 Thankful to give back to our community!