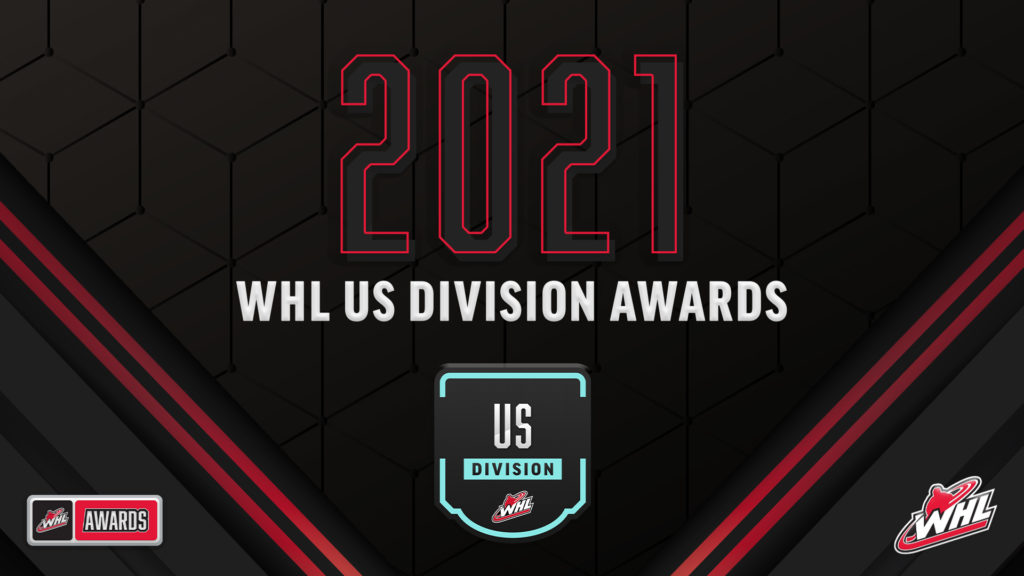 WHL Division Awards are voted upon by General Managers and Head Coaches.

All individual WHL Division Award winners will be eligible for the overall WHL Awards, to be announced the week of June 7, 2021. 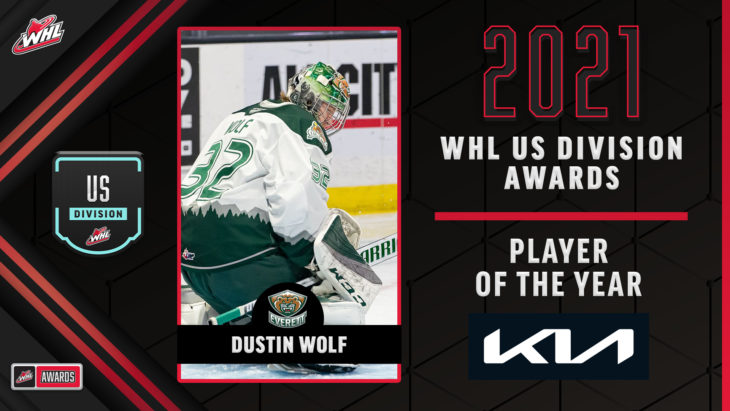 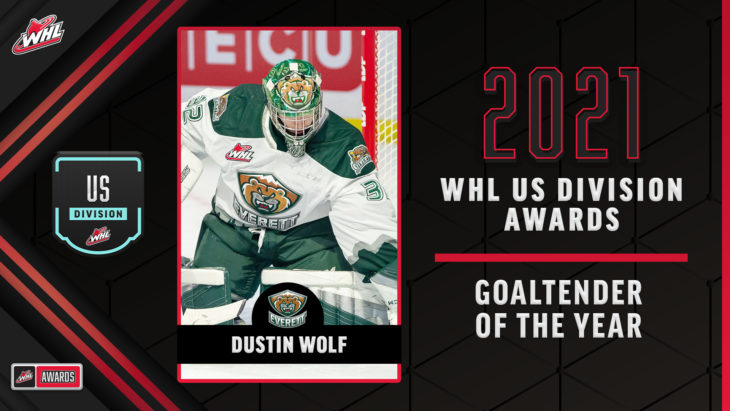 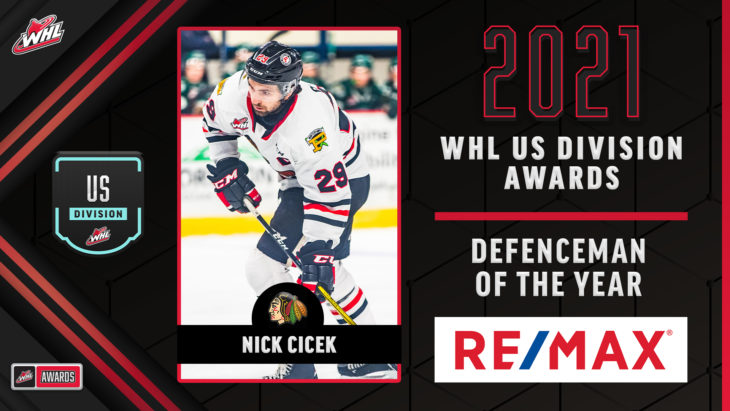 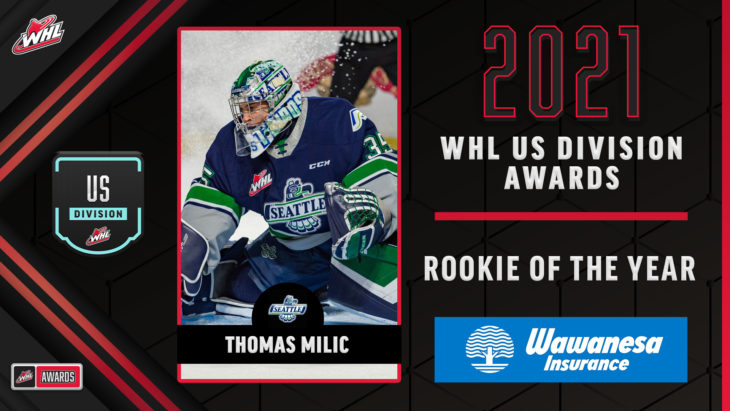 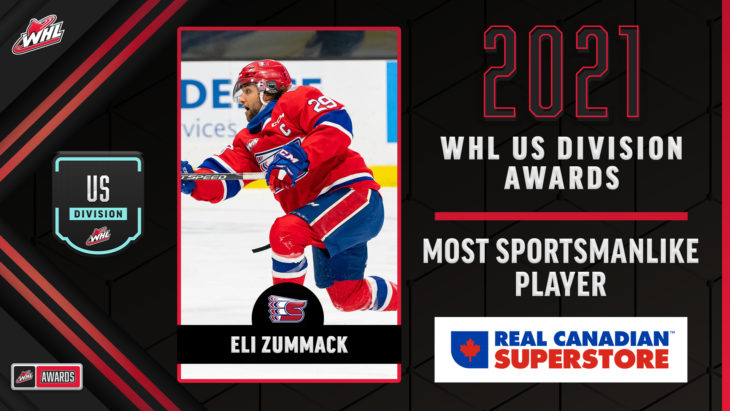 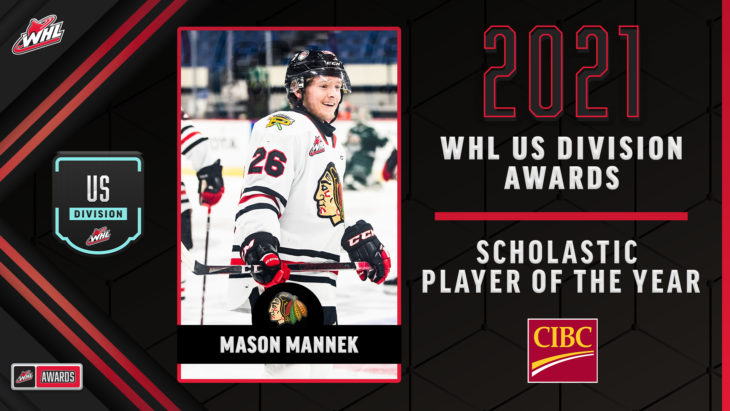 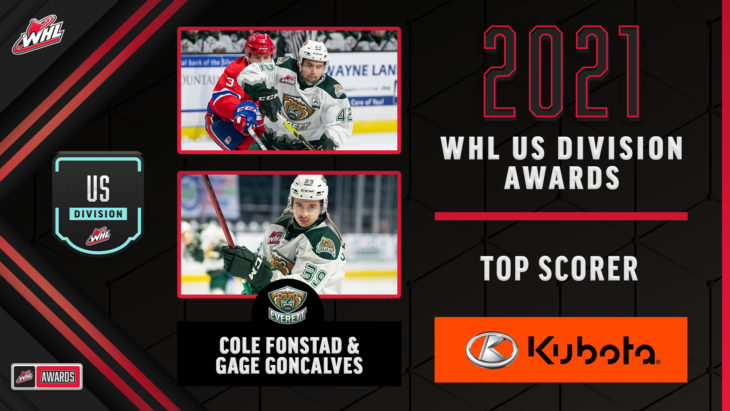 Goaltender Dustin Wolf (Everett Silvertips): In 22 games, Wolf compiled a 18-3-0-0 record, 1.80 goals-against average, 0.940 save percentage, and four shutouts as the Silvertips claimed the U.S. Division title. The 6-foot-0, 168-pound product of Gilroy, Calif. led WHL goaltenders in wins, finished tied for first in shutouts while finishing second in GAA and SV%. The 20-year-old Calgary Flames prospect also set a Silvertips franchise record with a shutout streak of 216 minutes and 27 seconds. Wolf, who won the Del Wilson Memorial Trophy as WHL Goaltender of the Year in 2020, holds a career record of 106-34-4-2 with a 1.84 GAA, 0.935 SV% and 24 shutouts in 149 WHL regular season appearances.

Forward Mason Mannek (Portland Winterhawks): The 21-year-old appeared in all 24 games for the Winterhawks during the 2020-21 WHL season collecting 17 points (10G-7A), all while sustaining a 4.0 grade point average at Clackamas Community College. The product of Herriman, Utah plans to major in Electrical Engineering as he continues his post-secondary studies. The 5-foot-8, 169-pound forward completes his time in the WHL having amassed 94 points (43G-51A) in 212 career regular season games.

Forward Cole Fonstad (Everett Silvertips): The 21-year-old put up 34 points (16G-18A) to finish tied for the Silvertips and U.S. Division scoring lead and tied for third overall in the WHL scoring race. 13 of the Estevan, Sask. product’s goals came at even strength, and he provided multi-point efforts in nine of his 23 games played during the 2020-21 season. The 5-foot-10, 183-pound forward, and member of the 2019 WHL Champion Prince Albert Raiders, completes his time in the WHL with 281 points (92G-189A) in 293 career regular season games.

Forward Gage Goncalves (Everett Silvertips): Recording 34 points (12G-22A) in 23 games, the 20-year-old Goncalves finished with a share of the Silvertips and U.S. Division scoring lead and in a third-place tie in the WHL scoring race. The 6-foot-1, 184-pound product of Mission, B.C. enjoyed a pair of four-point games, one of which included a hat-trick on March 28, 2021. Goncalves, a prospect of the Tampa Bay Lightning, has compiled 120 points (46G-74A) in 151 WHL regular season games.