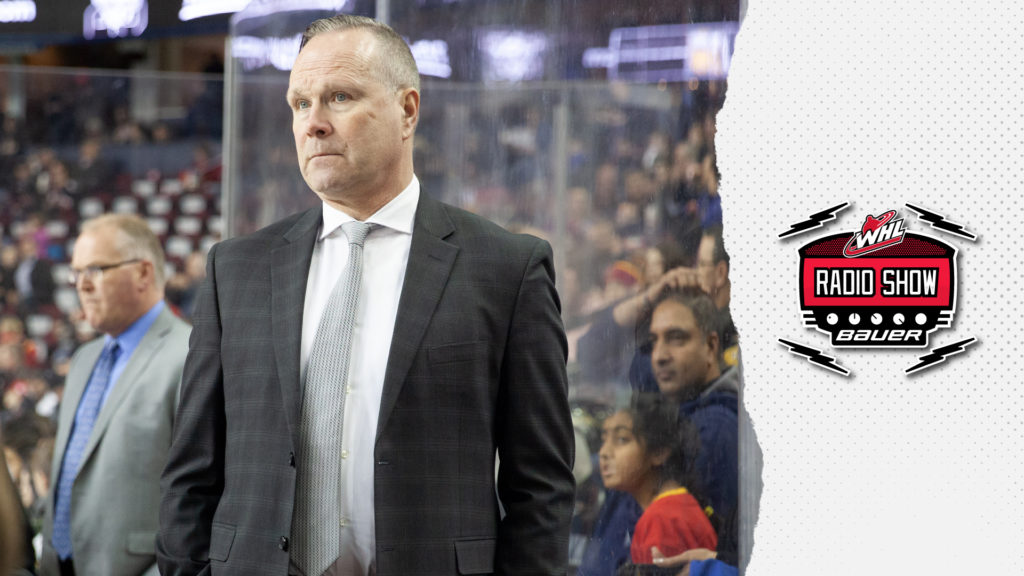 Another Friday means the arrival of the next episode of the WHL Radio Show presented by Bauer Hockey!

This week’s episode begins with Brandon Wheat Kings head coach Dave Lowry. Highlighted by a 10-game winning streak, the Wheat Kings have battled their way back into the race in the East Division. Lowry discusses his team’s recent charge up the standings.

Also on the rise are the Spokane Chiefs. In his first year as head coach with the team, Manny Viveiros has the Chiefs making another step forward following an appearance in the Western Conference Championship in 2019. He discusses how the standings are shaking out and different facets of the team’s success.

Coming off a big mid-week sweep of the Seattle Thunderbirds, the Prince George Cougars are keeping pace in the Western Conference Wild Card race, trailing the Thunderbirds by seven points in the standings. A big part of the Cougars’ success this season has come from goaltender Taylor Gauthier, who also finds himself on the list for the 2020 NHL Draft. He breaks down the team’s recent success and his career to date with the Cougars.

Last Saturday, the Calgary Hitmen and Siksika Health Services partnered to present the ‘Every Child Matters’ game, with a special focus on indigenous youth empowerment through sport while celebrating the Blackfoot culture. Producing a broadcast in the Blackfoot language, Francis Wolf Leg & Stewart Breaker share their thought on what the game meant to them.