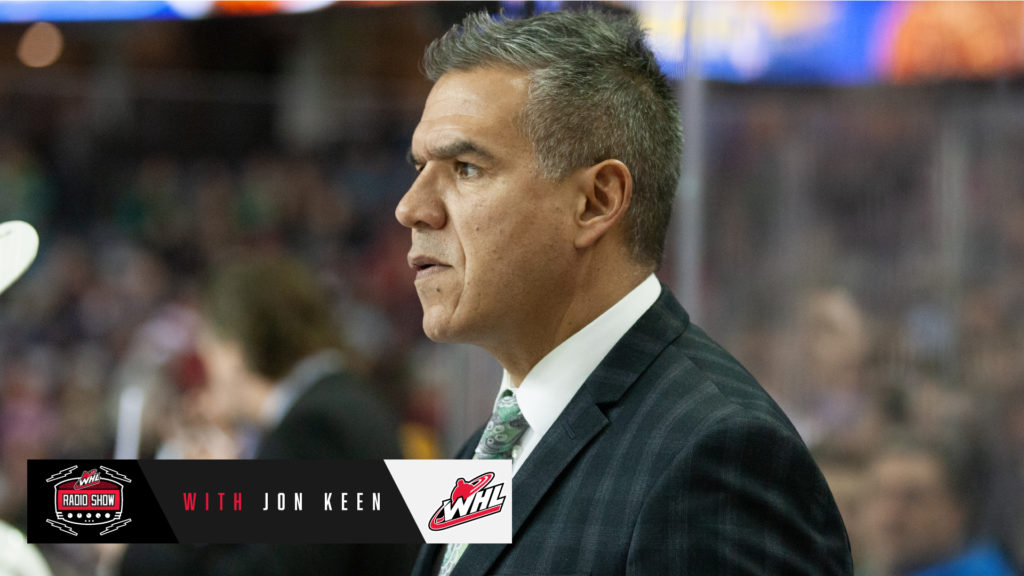 Episode two of the WHL Radio Show talks to a familiar face back in the WHL this year.

Manny Viveiros is now guiding the Spokane Chiefs after a year on the Edmonton Oilers bench. He left the WHL after leading the Swift Current Broncos to the 2018 Ed Chynoweth Cup.  He’ll be our guest to talk about his new challenge with the Chiefs.

Everett Silvertips captain Bryce Kindopp began his over-age season with a bang. Six points (3G-3A) on opening weekend and the the WHL On the Run Player of the Week award. We will catch up with him.

It’s been a busy week of news around the league. The Kamloops Blazers acquired 20-year-old forward Ryan Hughes in a big trade with the Saskatoon Blades. We will hear from the newest member of the Blazers and General Manager Matt Bardsley.

As well, Kelowna Rockets broadcaster Regan Bartel is in his 25th year in the WHL. He was honoured this summer by the B.C. Hockey Hall of Fame with the Bernie Pascall Media Award. He will take us back to that special night.