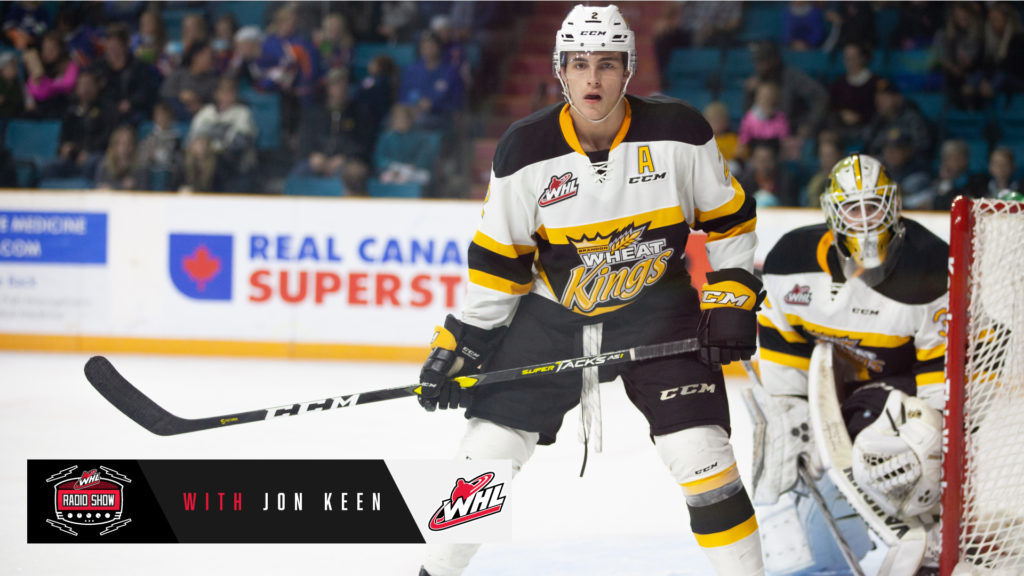 Episode 4 of the WHL Radio Show with Jon Keen discusses the 44 WHL players named to the NHL Central Scouting “Players to Watch” list. Hear from “A” rated prospect Braden Schneider of the Brandon Wheat Kings.

It didn’t take long for Spokane Chiefs defenseman Ty Smith to make an impact upon his return from the NHL’s New Jersey Devils. The WHL “On The Run” Player of the Week will be our guest.

The Everett Silvertips are gaining some early season traction. Head Coach Dennis Williams talks about this year’s edition of the Silvertips.

The provincial rosters have been announced for the U-16 WHL Cup set for Calgary later this month. We will take a look at some of the key players set to lead British Columbia, Alberta, Manitoba and, Saskatchewan.