With Weatherill Ready to Return, Brkin Back to AJHL 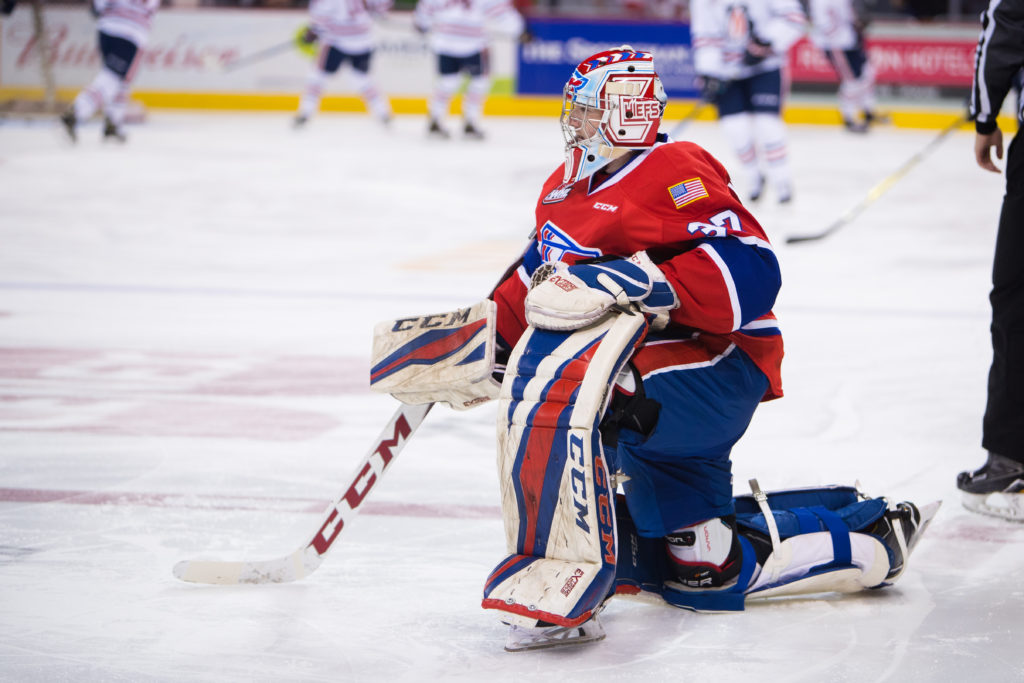 SPOKANE, Wash. – As per their loan agreement with the Lloydminster Bobcats, the Spokane Chiefs announced on Monday that goaltender Bailey Brkin has been returned to the Alberta Junior Hockey League team. Brkin, 18, had been playing as an Affiliated Player for the Chiefs pending injury recovery from regular starting goalie Dawson Weatherill. Weatherill is set to return to the lineup this week.

“The terms of our Affiliated Player loan agreement with Lloydminster dictated that Bailey would be returned as soon as Dawson was available to play,” said Chiefs’ General Manager Scott Carter. “With Weatherill ready to return to the lineup this week, we had to return Brkin back to his regular club.”

Brkin made four starts with the Chiefs during his time on loan as an Affiliated Player, posting a 2.51 GAA and .921 SV%. In 28 career WHL games between the Chiefs, Kootenay ICE and Swift Current Broncos, he has recorded a 4.40 GAA and .877 SV%.

Regular starting goaltender Dawson Weatherill, who was a prospect camp invitee of the San Jose Sharks last summer, is set to return to the lineup after missing six games with an upper body injury. The 6-foot-4, 190-pound netminder has posted a 3.23 GAA and .888 SV% in 26 appearances this year, including a 1.87 GAA in his last seven games dating back to Nov. 17 versus Victoria.

The Chiefs acquired the rights to Brkin from the Kootenay ICE in a trade on Jan. 8.

The Chiefs return to action Tuesday night when they host the Swift Current Broncos. It will be Souvenir Cup Giveaway with the first 500 fans in attendance receiving a souvenir cup featuring a Spokane Chiefs player!

Tickets to Tuesday night’s game and all Chiefs home games can be purchased online, in-person at the Chiefs Ticket Office, or over the phone at 509-535-PUCK.