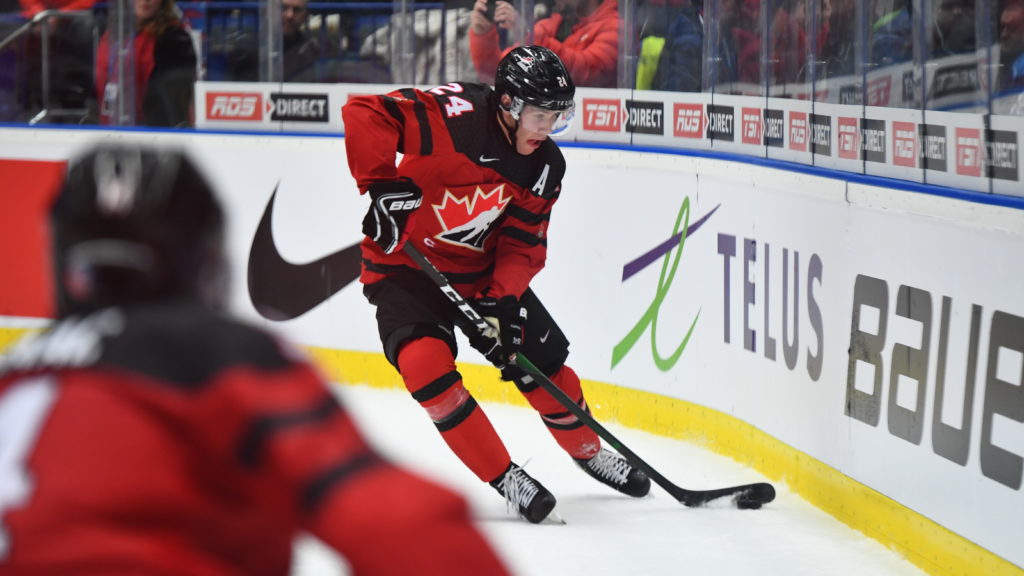 Spokane Chiefs Lukáš Pařík and Ty Smith each earned wins with their respective countries as the 2020 IIHF World Junior Championship got underway in the Czech Republic on Thursday. Pařík and the Czechs earned an exciting win over Russia before Smith and the Canadians fended off the rival Americans.

Pařík served as backup goaltender as the hosting Czechs took down the Russians, 4-3. The Czechs jumped out to a 2-0 lead before Russia stormed back to tie it 2-2 headed into the first intermission. The two traded goals again early in the second before Jan Jenik scored what would become the game-winner with 2:35 left in the middle frame.

Chiefs captain Ty Smith — serving as an alternate captain at this tournament — picked up an assist and was +1 in 19:13 of ice time (29 shifts) for the Canadians as they knocked off the rival Americans.

Team USA jumped out to a 2-0 lead after the first period and appeared to be in control, but the Canadians stormed back with three goals in the middle frame to take a 3-2 lead headed into the second intermission. Smith assisted on the third goal, leaving an easy set-up for Kelowna Rockets forward Nolan Foote, who ripped it home to give Canada a 3-2 lead.

Trailing 5-2 midway through the third, the Americans made a late push with two goals 3:57 apart but top 2020 NHL draft prospect Alexix Lafreniere capped a four-point game (1G-3A) with his first of the tournament to provide insurance for Canada.