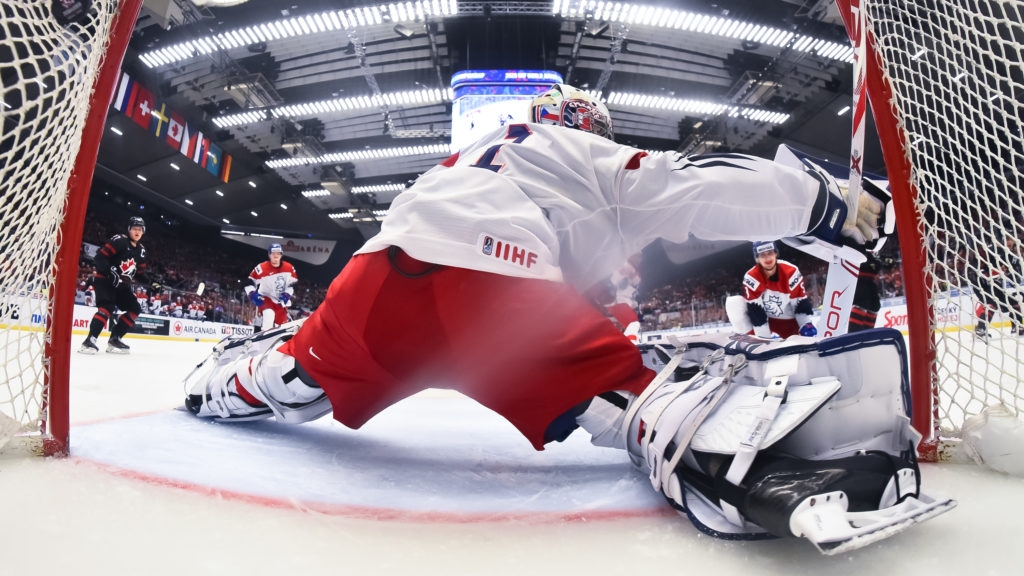 Spokane Chiefs Ty Smith and Lukáš Pařík faced off in the final game of group play at the 2020 IIHF World Junior Championship in the Czech Republic on Tuesday, with Smith and the Canadians coming away with a 7-2 victory.

Pařík earned his second start of the tournament but the hosting Czech squad was overwhelmed by the Canadians, falling behind 4-0 in the first period after four power play goals against. Already shorthanded missing multiple key players, Pařík exited the game after Canada’s fourth goal with an apparent injury.

Smith finished with two assists and a plus-2 rating in the victory.

Both teams advance out of Group B to the tournament round. Canada, as the #1 seed, will face Slovakia. The Czech Republic, as the #4 seed, will take on Group A’s top-seeded Sweden.