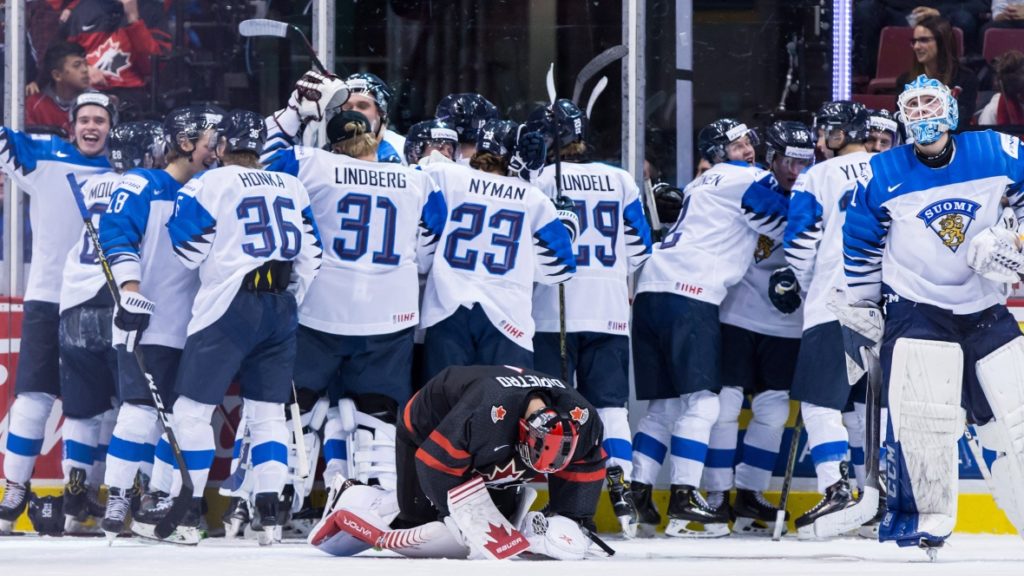 The Chiefs’ representatives at the 2019 IIHF World Junior Championship in B.C.–Jaret Anderson-Dolan, Ty Smith, and Filip Kral–saw their hopes of a 2019 medal end Wednesday night as Team Canada and Czech Republic each fell in the quarterfinals round. With each team eliminated from play, the trio of Chiefs will return to Spokane Thursday.

Czech’s 2019 WJC run wrapped up Wednesday as they fell to a #3 seeded U.S. team despite an impressive 36-for-38 performance between the pipes from Czech goaltender Lukas Dostal. Kral’s 20:53 of ice time was third among Czech defenseman in the game as he registered two shots on goal but failed to crack the scoresheet. The United States will advance to take on top-seeded Russia Friday at 1 p.m..

World Juniors defending champion Team Canada was upset by #5 seed Finland Thursday evening as the Finland needed overtime to top Canada by a score of 2-1. Chiefs d-man Ty Smith led all Canadians in ice time by nearly four minutes, totaling 26:20 on the game. Anderson-Dolan’s 34 shifts was one behind Smith, who led the team with 35, as he failed to sneak either of his two shots on goal past Finnish netminder Ukko-Pekka Luukkonen, who saved 24 of 25 Canadian shots on the night. Team Finland will take on second-seeded Sweeden in the semifinal round Friday at 5 p.m..