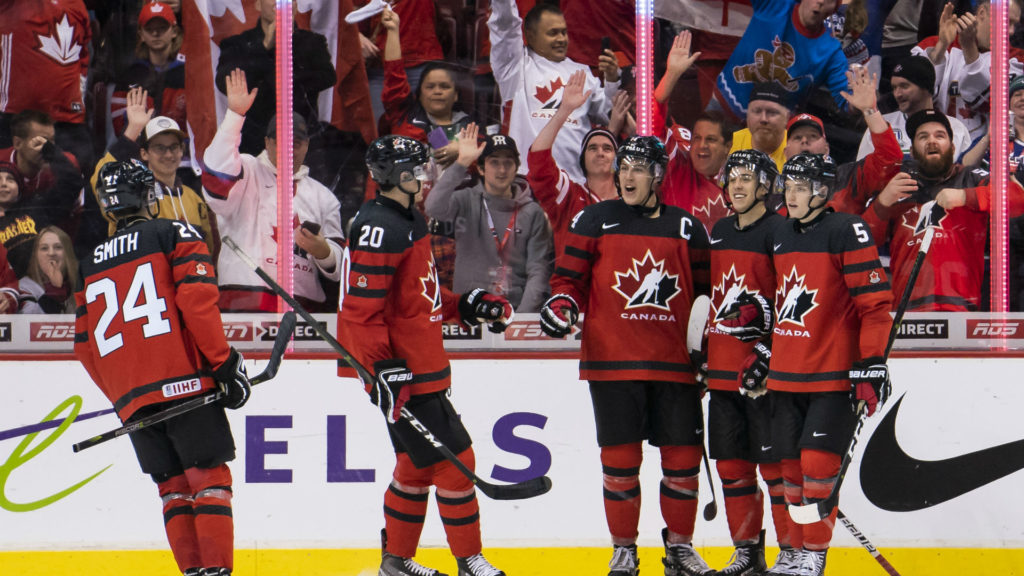 The 2019 IIHF World Junior Championship opened play on Wednesday with the Chiefs represented by three players; Jaret Anderson-Dolan and Ty Smith of Team Canada, and Filip Kral who is playing for Team Czech Republic. Both teams took home the victory in their respective opening round games.

Toronto Maple Leafs prospect Filip Kral saw 20:40 of ice time, third-most for all Czech defenseman, and three shots on goal in the Czech Republic’s overtime victory. The Czechs will have Thursday off before taking on Russia on Friday at 5 p.m. PT. (NHL Network).

Chiefs forward Jaret Anderson-Dolan, in his first game back from a broken wrist that forced him out of action since October 27, picked up a goal Wednesday as Canada cruised to a shutout victory over Denmark. Anderson-Dolan, who was named an alternate captain for Canada on Tuesday, saw 16:38 of action, good for third among all Canadian forwards. Fellow Chief Ty Smith led all Canadian players with 21:17 ice time and picked up one assist en route to a +4 performance. Team Canada is back in action Thursday as they take on Switzerland at 5 p.m. (NHL Network).