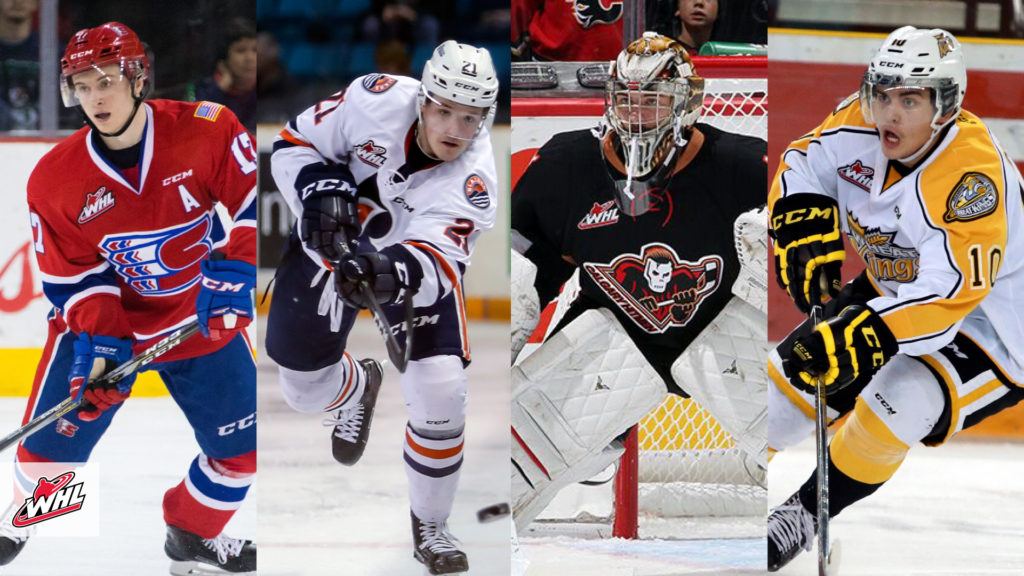 On Friday January 3, the American Hockey League (AHL) announced the rosters for the 2020 AHL All-Star Classic this year in Ontario, Calif. This year, 15 Western Hockey League Alumni — including Spokane Chiefs product Kailer Yamamoto — will make the trip to California to take part in the festivities on January 26-27.

The Pacific Division leads the way with seven WHL Alumni lacing up for the All-Star Game, including Yamamoto.

Coming from the U.S. Division, Yamamoto and former Portland Winterhawks forward Joachim Blichfeld will look to provide offence for the Pacific Division. Yamamoto, a product of Spokane, spent four seasons in the WHL playing for his hometown Chiefs. The speedy winger registered 291 points (105G-186A) in 230 games. He was called up to the NHL on Dec. 29 and has registered two goals and an assist in four games with the big club.

Blichfeld won the WHL Four Broncos Memorial Trophy for WHL Player of the Year and Bobby Clarke Trophy for Top Scorer both in the 2018-19 season after putting up 114 points (53G-51A) in 68 regular season games. The forward sits on 22 points (11G-11A) in 24 games this season with the San Jose Barracuda.

Two Swift Current Broncos alumni will also team up again with Glenn Gawdin and Lane Pederson making the Pacific roster. Gawdin tallied 313 points (126G-187A) in 312 regular season games for the Broncos. Now in his second year with the Stockton Heat, Gawdin has 35 points (11G-24A) in 32 games. Pederson played in 199 games in the WHL and registered 140 points (53G-87A). Now in his third season with the Tuscon Roadrunners, Pederson is on pace for a career year as the forward has 34 points (16G-18A) in 33 games.

Also voted into the game is former Victoria Royals Captain Matthew Phillips. The 21-year-old spent three full seasons in the WHL, notching 281 points (136G-145A) in 215 games. The product of Calgary, Alta. stormed onto the scene in the league and won the Jim Piggott Memorial Trophy for Rookie of the Year in 2016.

Behind the bench for the Pacific will be former Everett Silvertips head coach, Jay Varady. The product of Cahokia, IL. coached seven seasons with the Silvertips. Now in his second season as the head coach of the Roadrunners, the team currently sits first in the Pacific with a record of 25-7-0-1.

The two players representing the Atlantic spent time with the Calgary Hitmen. Bean, the product of Calgary, Alta., spent four seasons with the Hitmen between 2014 and 2018. While in the league, Bean put up 196 points (49G-147A) in 219 regular season games. This year, Bean has 22 points (5G-17A) in 32 games with the Charlotte Checkers. Chris Driedger also four seasons with the Hitmen. The 25-year-old has played in 138 games in the AHL, posting a record of 62-57-0-8 with three shutout wins in five seasons split between the Belleville Senators and Springfield Thunderbirds.

Coaching the Atlantic team is Hartford Wolf Pack head coach Kris Knoblauch. Prior to coaching with the Wolf Pack, Knoblaunch spent four seasons with the ICE between 2007 and 2012 as both the team’s assistant and head coach.

Representing the North Division is former Kamloops Blazers forward Rudolfs Balcers. The product of Liepaja, LAT. spent one season with the Kamloops Blazers, notching 77 points (40G-37A) in 66 regular season games.The 22-year-old is now in his third season in the AHL where he has amassed 104 points (48G-56A) in 129 games in the league.

Jansen Harkins, currently playing for the Manitoba Moose, spent his time in the WHL with the Prince George Cougars. While in the league, the forward tallied 242 points (75G-167A) in 275 regular season games. Brennan Menell of the Iowa Wild will be on the back end for the Central Division. The former Lethbridge Hurricane has enjoyed success this season in the AHL registering 25 points (3G-22A) in 30 games. Menell spent three years in the WHL tallying 145 points (21G-124A) in 196 games played. Former Kamloops Blazers goaltender Connor Ingram will be in net for the team. Now in his third season in AHL, Ingram is coming off a league leading six-shutout season in 2018-2019.

Behind the bench is head coach of the Milwaukee Admirals, Karl Taylor. The former player spent one season coaching in the WHL as an assistant coach with the Portland Winterhawks in the 2013-14 season. Taylor is in his second season with the Admirals and has posted a record of 24-6-0-6 this season.