SPOKANE, Wash. – Kailer Yamamoto was named the Spokane Chiefs’ Player of the Year and Jaret Anderson-Dolan the Players’ Player in a pre-game ceremony at Spokane Arena on Saturday night as the Chiefs hosted the Tri-City Americans during their regular season finale presented by Coeur d’Alene Casino. 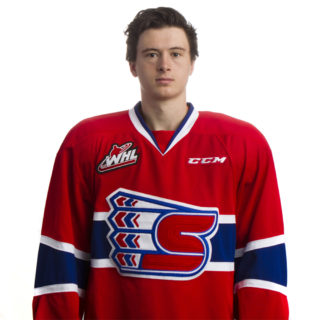 Player of the Year – #17 Kailer Yamamoto

Entering Saturday’s game, Yamamoto was leading the Chiefs in goals (42), assists (51), points (93) and plus/minus (+11).  His 93 points ranked seventh in the WHL and second in the Western Conference. The 18-year-old Spokane native also held the team leads in game-winning goals (7) and was second to older brother Keanu in power play points with 31 (nine goals and 22 assists). Yamamoto becomes just the sixth Chief in franchise history to lead the team in scoring in back-to-back seasons and his 221 career points are currently 21st in franchise history. His goals mark just the 27th time a Chief has scored 40+ in one season. 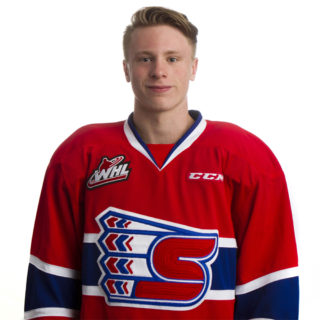 The Player’s Player honor was awarded to Anderson-Dolan by his peers as it was voted on by rostered Chiefs players. He also was recognized with the Coaches’ Player award as voted by the coaching staff. Anderson-Dolan became the first 17-year-old Chief since the 1989-90 season to score 30 goals in a season; he ranks second on this year’s team in goals (37 entering Saturday night) and points (73). He leads the team with 14 power play goals. 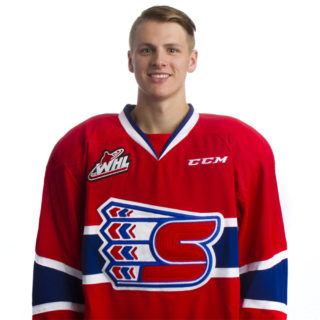 Team captain Tyson Helgesen was named the John “Hitman” Hern Defenseman of the Year. In his third season as a Chief (first as captain), Helgesen has appeared in every game and is leading all Spokane defensemen in goals with eight. He has posted career highs in goals, points (27) and penalty minutes (71). 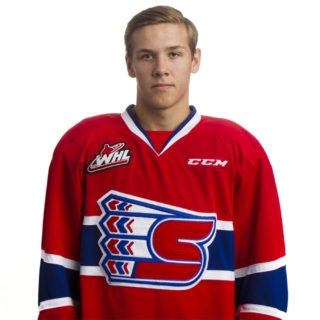 Defenseman Ty Smith won a pair of awards: Rookie of the Year and Scholastic Player of the Year. The 16-year-old former first overall WHL Bantam Draft selection leads all Chiefs blueliners in scoring with 30 points (4 goals and 26 assists), which is the second-highest mark in franchise history by a 16-year-old defenseman. In the classroom, Smith maintained an 89% average in physics, pre-calculus and English. 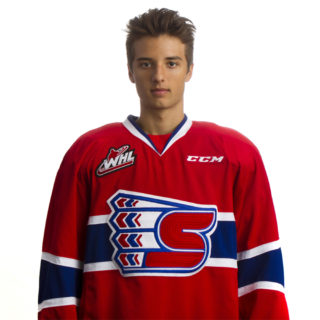 Ken Rabel Most Sportsmanlike Player of the Year – #29 Eli Zummack

Another 16-year-old rookie, Eli Zummack, was named the Ken Rabel Most Sportsmanlike Player of the Year. The Kelowna, B.C. native was added to the Chiefs roster in November after excelling with the Okanagan Rockets and has appeared in 47 games with Spokane, scoring eight goals and 19 points. Zummack has taken just three minor penalties this season, with his first infraction being whistles 21 games into his WHL career. 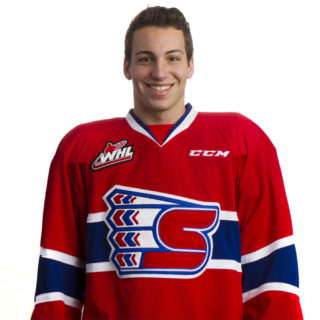 Humanitarian of the Year – #8 Jake McGrew

Seventeen-year-old Jake McGrew was named as the Chiefs Humanitarian of the Year after spending the entire season on the injury list. McGrew suffered a season-ending injury in September before the regular season began and spent the following six months rehabbing. The Orange, California native was a leader off the ice, appearing at numerous charity functions including grade schools assemblies, hospital visits and community events. Despite being injured, the speedy forward still earned looks from NHL clubs, appearing on the NHL Central Scouting Service’s Mid-Term Rankings for the 2017 NHL Entry Draft. 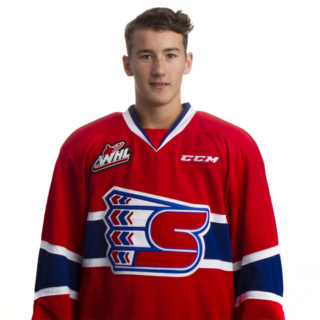 Ethan McIndoe earned the organization’s first ever Hardest Working Player of the Year award. McIndoe, a 17-year-old winger from Camrose, Alberta, has scored a career-high 17 goals and 26 points in his second season as a Chief.