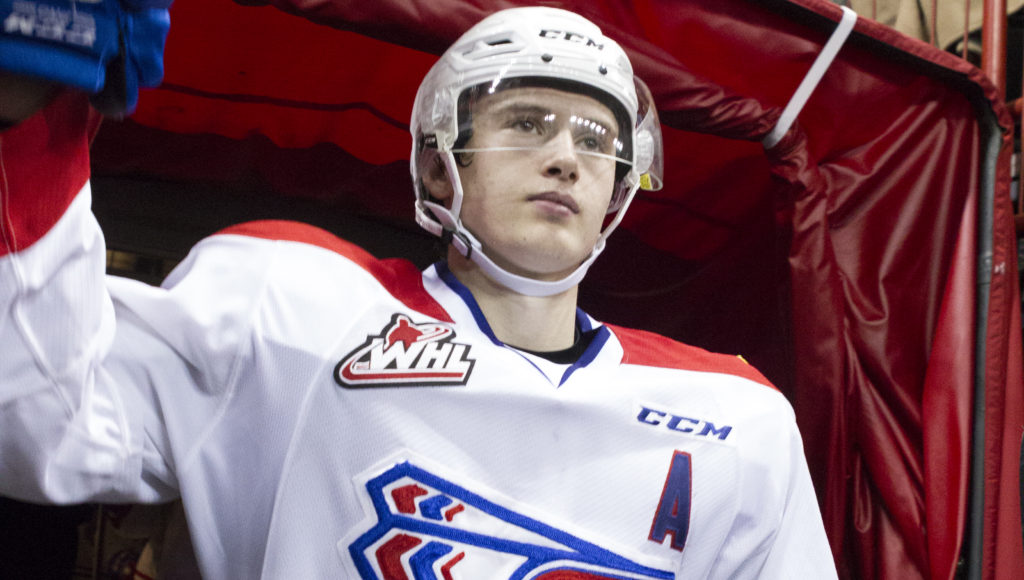 CALGARY, Alta. / SPOKANE, Wash. – The Western Hockey League announced today that Chiefs forward Kailer Yamamoto has been named WHL Player of the Week for the week ending October 30. The third-year forward racked up three goals and four assists in four games, helping the Chiefs to a 3-0-1-0 record and vaulting himself into second place in the league’s scoring race.

Yamamoto, a Spokane native, began the week by scoring the game-winning goal and adding two helpers in the Chiefs’ 6-2 win at Moose Jaw on Oct. 25, earning third-star honors.

He followed that up the next night with a two-goal, first-star performance against the Saskatoon Blades – scoring the game-winner and the insurance goal – in a repeat 6-2 victory. The goals were his ninth and 10th of the season, pushing him into a tie for third among all WHL goal scorers.

Yamamoto was honored as WHL Player of the Week once last season, for the week of Dec. 14-20, 2015. Earlier this season, he was given an “A” rating in the National Hockey League’s Central Scouting “Players to Watch” list, indicating a potential first-round draft choice.

Spokane returns to the Spokane Arena to open a six-game homestand, their longest of the season, when they host the Red Deer Rebels on Friday night at 7:05 p.m. It will be Washington’s Lottery Night at the Arena, followed by Coca-Cola Buck Night on Saturday as the Chiefs take on the Tri-City Americans.

Tickets for the weekend and all Chiefs’ home games are available in-person at the Chiefs’ Ticket Office, over the phone at 509-535-PUCK and online at spokanechiefs.com and ticketswest.com.