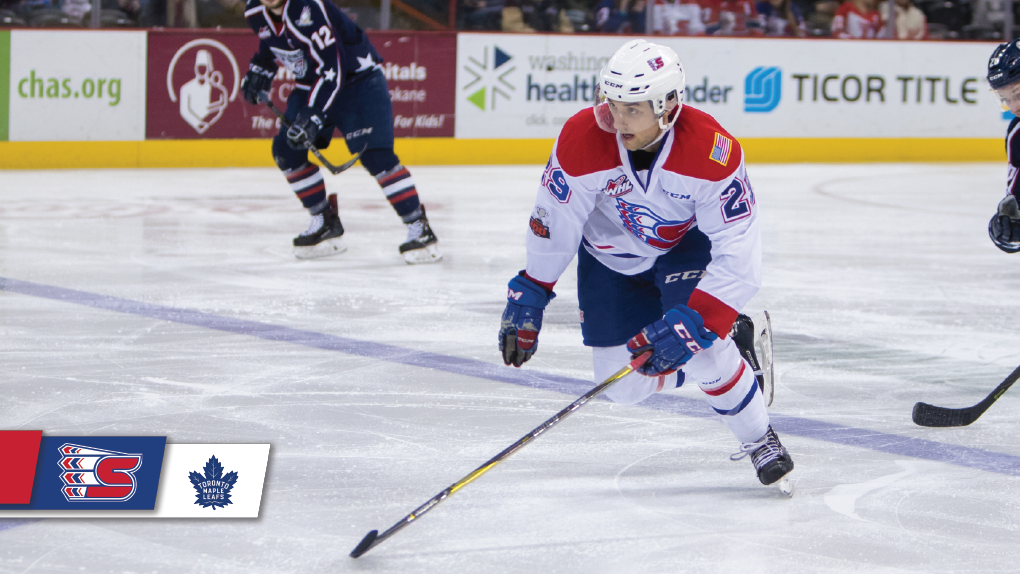 Spokane Chiefs forward Eli Zummack has been invited to the Toronto Maple Leafs’ development camp, as announced by the Maple Leafs on Monday morning.

Zummack, 18, went undrafted in the NHL Entry Draft over the weekend but was ranked 184th by NHL’s Central Scouting after posting career highs in goals (15) and points (41) during the 2017-18 season. The Kelowna, B.C. native earned the Chiefs’ Most Sportsmanlike Player award after recording only four penalty minutes in 58 games played.

He is one of 27 forwards and 46 total players invited to the camp, which will begin Monday with on-ice testing and medicals before on-ice practice sessions on Tuesday.