Zwerger Traded To Everett For Third Round Pick 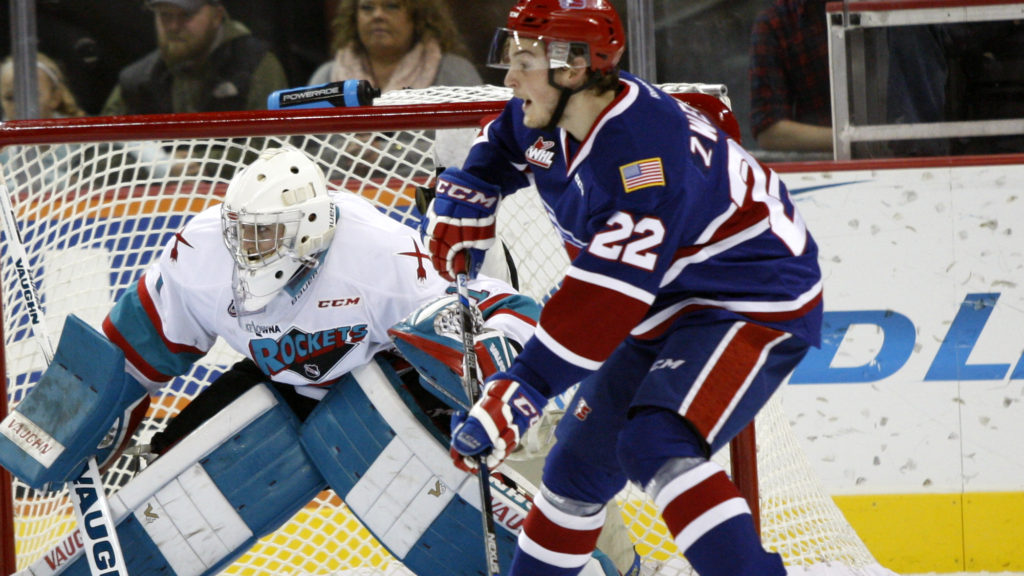 SPOKANE, Wash. – The Spokane Chiefs announced today that they have traded Austrian forward Dominic Zwerger to the Everett Silvertips in exchange for a third round pick in the 2017 WHL Bantam Draft. The move puts the Chiefs under the Western Hockey League’s limits of two import and three overage players.

Zwerger, a 20-year-old from Dornbirn, Austria, was the Chiefs’ second round pick (106th overall) in the 2013 CHL Import Draft. In 189 games with the Chiefs over three seasons, he scored 60 goals and 59 assists for 119 points, including a team-leading 27 goals last season. Zwerger added four goals and three assists in 16 playoff games.

The Chiefs’ roster is now down to 26 players, including 15 forwards, nine defensemen and two goaltenders. Rookies Ondrej Najman and Pavel Kousal, both from the Czech Republic, remain as the team’s two European imports. Goalie Jayden Sittler, acquired in a trade with Lethbridge this summer, joins forwards Keanu Yamamoto and Markson Bechtold as the 20-year-olds.