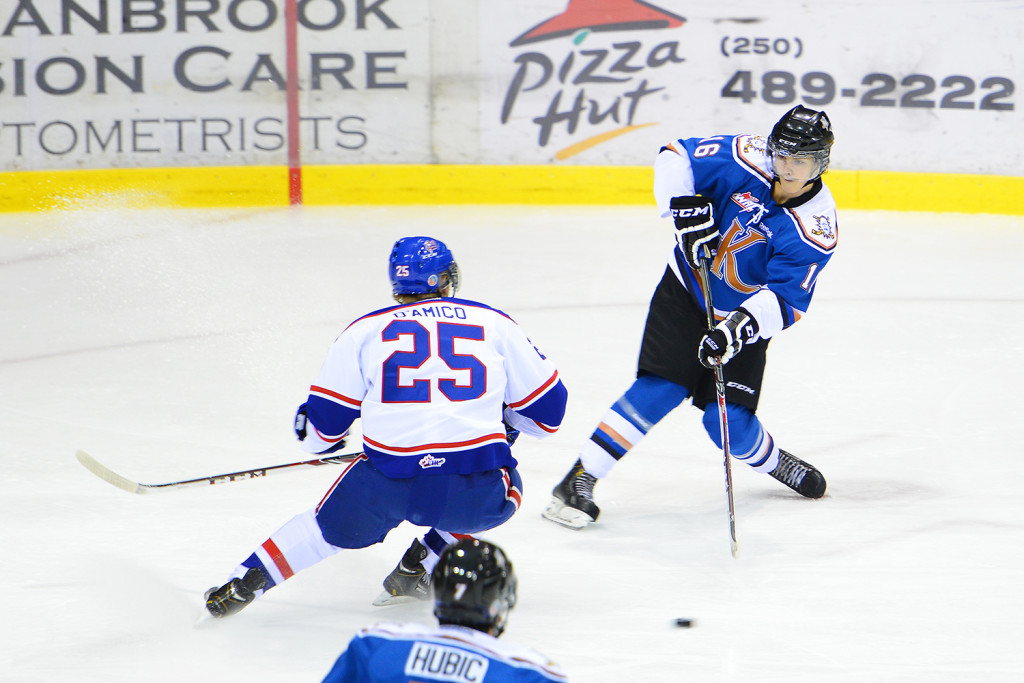 SPOKANE, Wash. – The Spokane Chiefs Hockey Club announced today that they have acquired forward Hudson Elynuik from the Kootenay ICE in exchange for defenseman Tyler King.

“The acquisition of Hudson Elyniuk strengthens our organization’s 1997-born group of forwards and gives us more size at the forward position,” Spokane General Manager Tim Speltz said. “Hudson is a talented player with the potential to be a big, skilled forward in the WHL. We are excited about Hudson’s future in Spokane.”

“The trade also allows our seventeen year old defensemen the opportunity to play more, which we expect will expedite their development,” Speltz added. “We wish Tyler all the best in Kootenay and thank him for his time with the Chiefs.”

Elynuik is a 16-year-old left wing from Calgary, Alta. He was Kootenay’s 3rd Round (60th overall) bantam draft selection in 2012. In his rookie season, Elynuik has played in 31 games, scoring a goal and an assist. Last year, as a 15-year-old, he played in 4 regular season games as well as 5 playoff contests.

Elynuik is expected to be available for the Chiefs this weekend, beginning at home on Friday, January 3.

With the trade, the Chiefs are now carrying 15 forwards, 7 defensemen and 2 goaltenders on their roster.

The Chiefs are on the road tonight, visiting the Tri-City Americans for their annual New Year’s Eve game. They will then return for two home games, including Special Olympics Night on Friday, January 3 and Coca-Cola Spokane Arena Replica Giveaway Night on Saturday, January 4. Tickets are available in-person at the Chiefs’ Ticket Office, over the phone at (509) 535-PUCK, via TicketsWest outlets and online at www.ticketswest.com.