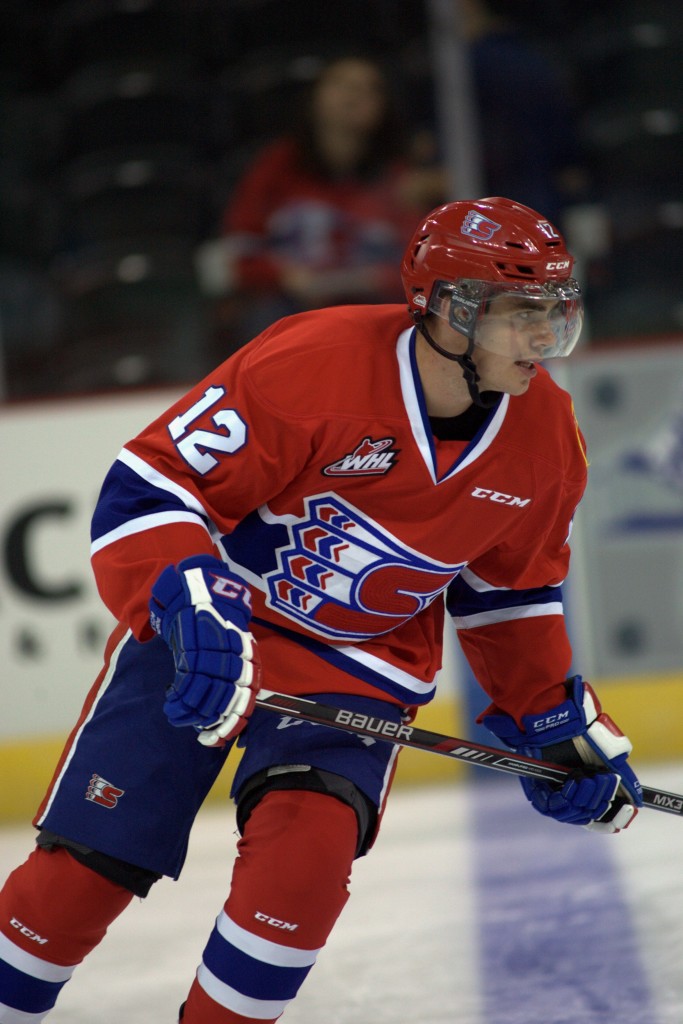 Bechtold redirected a point shot from rookie Jake Toporowski at the 4:17 mark of the first period to beat Blazers’ goaltender Connor Ingram above his right shoulder. The assist was Toporowski’s first career WHL point. Chiefs’ captain Jason Fram also earned an assist on the play.

Spokane took the 1-0 lead into the 1st intermission but Kamloops came out firing in the second, beginning with a goal from Jesse Zaharichuk that took a video review to confirm. Six minutes later, at the 12:07 mark, Garret Pilon scored to give the Blazers their first lead.

The third period was trouble for the Chiefs for the second night in a row. After giving up five goals on Friday night, the Chiefs gave up three on Saturday, beginning with Gage Quinney’s rebound score just under five minutes in. The goal was Quinney’s second as a Blazer after being recently acquired from Kelowna.

Collin Shirley added on at the 10:12 mark with a quick snap shot from the right circle to beat Spokane’s starting goalie, Tyson Verhelst.

Chiefs’ netminder Matt Berlin subbed in for Verhelst at the 13:38 mark of the third period and allowed one goal, a late tally over his left shoulder by Matt Revel.

Both teams were 0-for-1 on the power play with just one penalty assessed to each side.

The Chiefs look to rebound from their current five-game losing streak at home on Wednesday, October 21 against the Brandon Wheat Kings. It will be the first TicketsWest Player Magnet Giveaway Night of the season.

Tickets for Wednesday night and all Chiefs home games are available via TicketsWest outlets, over-the-phone at 800-325-SEAT and online at www.ticketswest.com.