Calgary, Alberta — The Spokane Chiefs won their ninth-straight game and wrapped up a perfect 6-0 record against the WHL’s Central Division with a 6-3 win at Calgary on Saturday night. Eli Zummack vaulted into the league lead in assists with five on the night to lead the offense.

Spokane popped onto the scoreboard first with back-to-back goals just 22 seconds apart midway through the first period. Leif Mattson flew down the right wing and finished on the backhand to make it 1-0 before Luke Toporowski chipped in a rebound to make it 2-0 on the next shift.

The Hitmen responded in force in the second, scoring three-straight goals beginning with Orca Wiesblatt’s rocket from the left circle at 1:43. Cael Zimmerman found the twine at 3:52, then Rory Niell scored his first career WHL goal with a shot from the left point at 8:08, giving Calgary a 3-2 lead.

The Chiefs bounced back with another two quick goals, this time with only 30 seconds of separation starting at the 15:22 mark, when WHL-leading scorer Adam Beckman took a faceoff win from linemate Jack Finley and ripped one top shelf to beat Hitmen goalie Brayden Peters. Toporowski capitalized on one of Zummack’s five helpers to make it 4-3 at 15:52.

Team captain Ty Smith got in on the action early in the third, scoring with the extra attacker on the ice on a delayed penalty just under six minutes in, pushing the Spokane lead to two.

Mattson rounded out the scoring with a power play goal at 6:49, redirecting a centering feed from Zummack on the right wing to make it 6-3.

The win streak marks Spokane’s longest since the 2010-11 season, when they also won nine in a row. The franchise record for consecutive wins is 12, set during the 1995-96 campaign. They have now won 15 of their last 16 games.

The Chiefs outshot the Hitmen 30-29, finishing 1-for-4 on the power play and 3-for-3 on the penalty kill. Lukas Parik started in goal for Spokane and turned away 26 Calgary shots, while Peters made 24 saves for the Hitmen.

The five-point effort was a career first for Zummack, who moved into fifth place in the WHL’s scoring race (85) and first on the league’s assist leaderboard (63). Mattson finished with two goals and two assists, marking his fifth-career four-point night and second of the season.

Tickets for all Chiefs home games are available now online and via the Chiefs’ Ticket Office, over the phone at 509-535-PUCK or in-person at Spokane Arena during regular business hours. 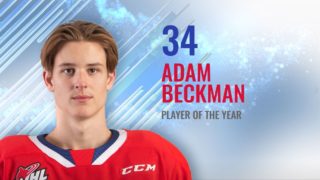 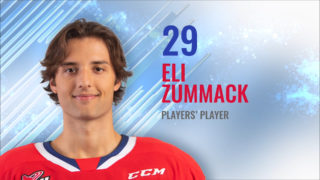 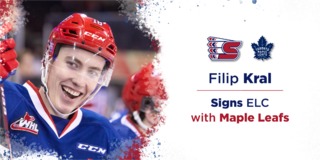 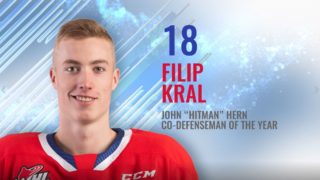 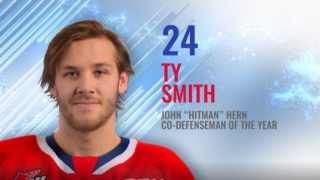 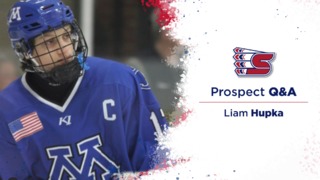