ZWERGER TO COMPETE WITH TEAM AUSTRIA 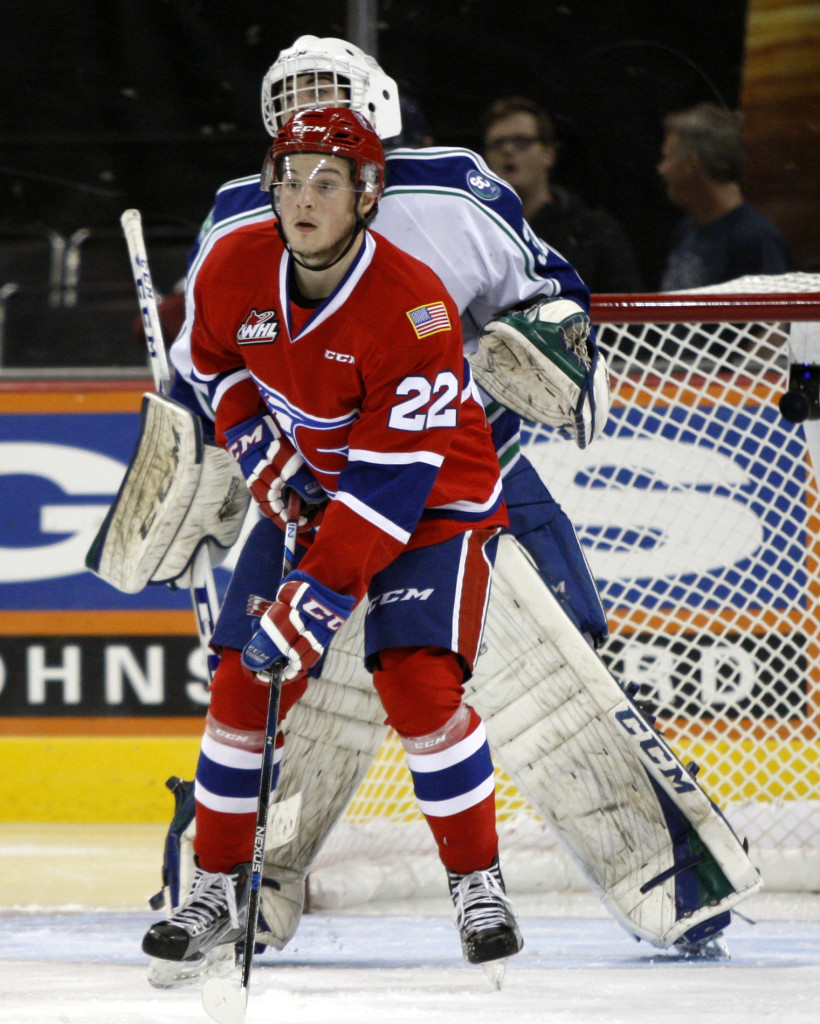 SPOKANE, Wash. – Spokane Chiefs forward Dominic Zwerger has been selected to represent his home country of Austria in the upcoming 2016 IIHF World Junior Championship Division I Group A tournament, scheduled to take place in Vienna, Austria from December 13 to 19.

“We are very excited that Dom has been named to play for Austria in a World Junior Championship Tournament which is being held in his home country,” said Chiefs General Manager Tim Speltz. “He has had a solid start to the season and it’s great to see him rewarded by earning this opportunity.

“Although Dom will miss some Chief games, we feel this is an important step for his development as a player and as a leader.”

Zwerger, from Dornbirn, Austria, has 44 goals and 42 assists for 86 points in 150 career games. Through 26 games this season, he’s tallied 11 goals and 11 assists including two game-winners. Zwerger was the Chiefs’ Rookie of the Year following the 2013-14 season.

The Division I Group A tournament features six teams, including Austria, Germany, Italy, Kazakhstan, Latvia and Norway. Team Austria’s first game will be versus Latvia on December 13. Zwerger will miss six Chiefs games – beginning on Dec. 9 – while competing with Team Austria and is expected to return to the team for their December 27 game versus Seattle at Spokane Arena.

The Chiefs – with Zwerger – will host the Seattle Thunderbirds at Spokane Arena for their next game on Friday, December 4. It will be Fred Meyer Shop with the Chiefs Night at the Arena as one lucky fan will walk away with a $1,000 shopping spree.

Tickets for Friday night and all Chiefs home games are available via TicketsWest, online at www.ticketswest.com and over the phone at 800-325-SEAT.